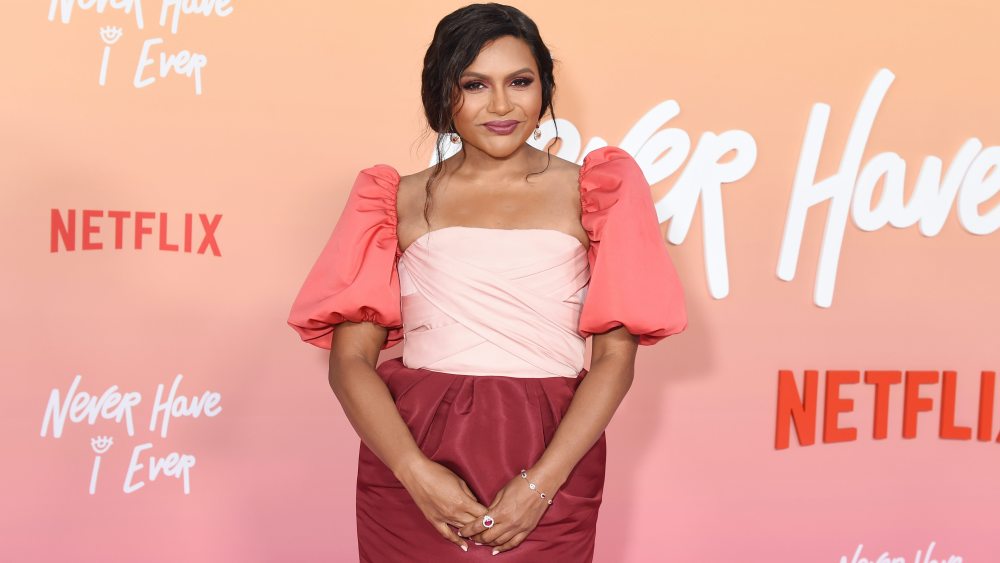 Mindy Kaling had a standout fashion moment in Los Angeles at the third season premiere of her show “Never Have I Ever.”

On Thursday, the actress and comedian walked the red carpet in a three-tone pink dress by Bibhu Mohapatra from the resort 2023 collection that featured puffed sleeves, a cinched waist and a square neckline. She paired the look with drop earrings and heels by Giuseppe Zanotti. She had her hair in an updo with two strands of curled hair to frame her face.

She was styled by Hayley Atkin, who also works with the likes of Carly Rae Jepsen, Meghan Trainor and Jennifer Nettles.

Joining Kaling at the premiere were some of the Netflix hit show’s cast members, such as Maitreyi Ramakrishnan, Poorna Jagannathan, Richa Moorjani, Darren Barnet, Jaren Lewison and John McEnroe, among others.

“Never Have I Ever,” which premiered in 2020 to strong reviews, follows the story of 15-year-old Devi Vishwakumar as she navigates the challenges of high school after the death of her father. She also deals with her feelings for two boys, Paxton and Ben, which leads to a love triangle.

Ramakrishnan plays the lead role of Devi while Jagannathan, Moorjani, Barnet and Lewison star as Devi’s mother Nalini, Devi’s cousin Kamala, Paxton and Ben. McEnroe stars as himself, though he makes rare appearances throughout as he narrates the series.

A month after the second season premiered in July 2021, the show was renewed for a third season, which is set to premiere on Netflix on Friday.

A fourth and final season of “Never Have I Ever” is scheduled for release some time in 2023.