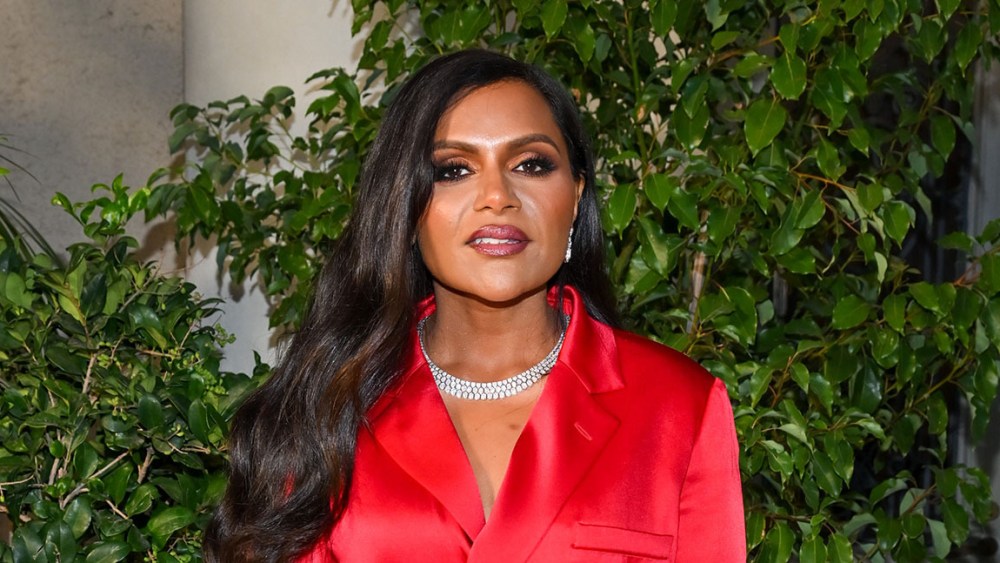 The actress wore a full look from Ralph Lauren, including a three-pocket blazer with a sash waist belt. She coordinated with a pair of black pointed-toe pumps and accessorized with a triple-stack diamond necklace, earrings and rings.

Kaling’s arrival look was a prelude to the relaxed tailoring Lauren showcased for spring 2023 on the runway.

To emphasize the bright red hue, Kaling went for a makeup look with vibrant colors. She sported a glossy plum lip and orange eye shadow giving a sunset-style to her eyes, which were accentuated with mascara and eyeliner. She styled her hair in waves cascading down her shoulders.

Kaling has had a busy past few months. This summer, the third season of her hit Netflix series “Never Have I Ever” was released. Kaling also attended New York Comic-Con in an ombré Oscar de la Renta look to discuss her new HBO Max show “Velma,” a spin-off from the Scooby Doo franchise that focuses on the character who has been the brains of the famed mystery gang. Kaling is not only executive-producing the show, but she is also providing the voice of the title character.