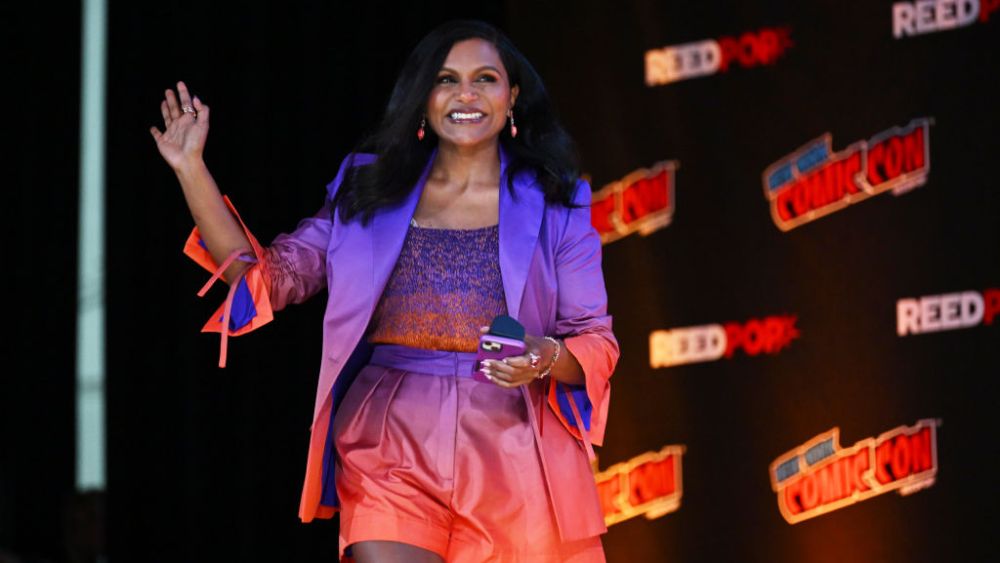 The actress and television producer wore an orange and purple ombre outfit from Oscar de la Renta’s pre-fall 2022 collection. The look featured a blazer with large cuff sleeves, a pair of matching high-waisted shorts, and a mesh shirt underneath. She topped off the look with a pair of lavender heels and accessorized with rings, a colorful bracelet and orange earrings.

For her beauty look, she opted for a bronze lip and eye-popping mascara. She did her hair to the side with curls at the bottom.

Kaling is in the middle of promoting her new HBO Max animated origin series, “Velma,” a spinoff from the Scooby Doo franchise that focuses on the longtime member of the Mystery Gang. Kaling is providing the voice of Velma in addition to serving as the series’ executive producer.

The spinoff also features longtime characters Daphne, Fred and Shaggy. Noticeably absent is the franchise’s title character, Scooby Doo; the show focuses on the origins of the human characters.

In addition to “Velma,” Kaling is celebrating the recent announcement of the fourth and final season of her Netflix series “Never Have I Ever.” The teaser trailer for the final season starring Maitreyi Ramakrishnan dropped on Sept. 24.

New York Comic Con runs until Sunday. This year’s schedule includes panels with the cast and team of “Pennyworth the Origin of Batman’s Butler,” “His Dark Materials,” “Good Omens” and “Teen Wolf: The Movie & Wolf Pack.”