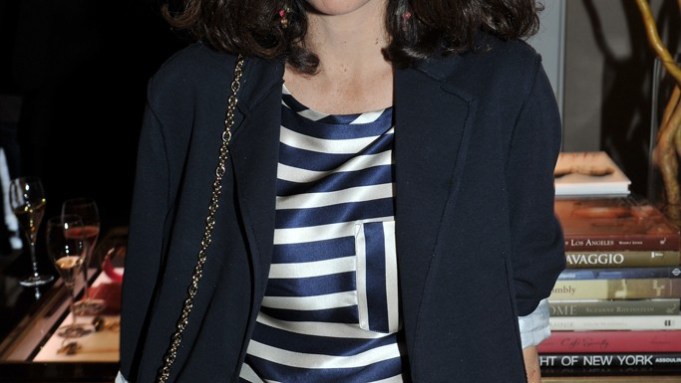 MINI-ME: “The size is an ode to my mother [Carolina Herrera] who is always complaining that I wear my bags too big,” laughed Carolina Herrera Baez at the Paris launch of the spring 2012 capsule Mini Matryoshka handbag collection that she designed for the CH Carolina Herrera brand.

The event took place at the brand’s Paris flagship on Wednesday, with the likes of Salomé Lelouch and Pamela Golbin in attendance. Made from an exclusive leather dubbed Goya, and available in seven bright color combinations inspired by the palette of the spring 2012 Carolina Herrera New York collection, the design is a miniature take on the CH Carolina Herrera brand’s iconic Matryoshka bucket tote.

Herrera Baez said that after her Paris trip she would be jetting out to Brazil for the launch of a new CH Carolina Herrera men’s fragrance, CH Sport, and a matching capsule clothing line. She said the inspiration for the scent was summers spent on [America’s] East Coast, adding, “As I was creating the scent, I had in the back of my mind images of John F. Kennedy Jr., you know, images of him on a boat or with a football.”