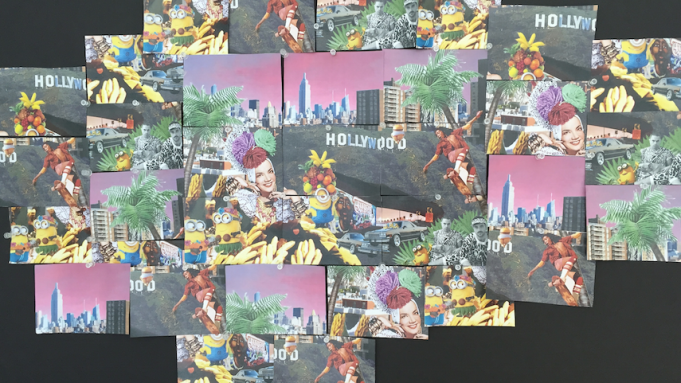 After conquering Hollywood with movies that have raked in more than $955 million at the U.S. box office, the Minions are taking some time off for a fashion makeover.

The tiny yellow workers from the “Despicable Me” and “Minions” animated movies, whose signature style is defined by goggles and blue overalls, have inspired new spring collections from Baja East, Ruthie Davis and Linda Farrow. These fashion tie-ups follow previous partnerships with Rupert Sanderson, Giles Deacon, Rusty and other designers and brands. They all lead to the third installment in the “Despicable Me” franchise, which is slated to hit the big screen in June with voices from Steve Carell, Kristen Wiig, Miranda Cosgrove and Trey Parker.

“We are obsessed with creating new prints, and watching the Minions on film in various global locations served as a constant source of inspiration,” said Scott Studenberg, who cofounded Baja East with John Targon.

For a collection called Baja East x Minions, Studenberg said a scene of the characters wrapped in palm leaves inspired a jungle palm print on crepe fabric, which formed the foundation for sleeveless button-front shirts, caftan dresses and other easy pieces. While intended for next spring, the collaboration will go on sale immediately after Baja East’s fashion show on Sept. 9 at New York Fashion Week. As part of the see-now-buy-now movement, Targon and Studenberg plan to sell the items, which are priced from $195 to $3,000, on their web site and in a truck at their after party. The collection will then be available at retailers such as 10 Corso Como, Maxfield and Hirshleifers for the spring season.

“Getting dressed should be fun and the spirit of the Minions is to try new things out,” Targon said.

In the accessories world, the Minions inspired a pair of handmade glasses by Linda Farrow. Launching in January, Linda Farrow x Minions includes two colorways for a price of $395.

Moving from head to toes, Ruthie Davis cited the cute cartoons as muses for three styles in her grouping called Ruthie Davis [Hearts] Minions. The shoe designer created a Sixties-inspired Lucite heel covered in a print of mini Minions, a yellow-accented sneaker heel that married a retro jogger to a five-inch wedge, and a stiletto with Swarovski crystals cascading down the heel over a clean, modern portrait of a one-eyed Minion. Priced between $995 and $1,400, the fashion footwear will be sold at Fred Segal and Davis’ web site starting in October.

“I love all things colorful and playful,” Davis said, “but I also love a little irreverence and naughtiness in the mix.”