Missoni Show to Open at London’s Fashion and Textile Museum

The show, filled with art and knitwear, will run until Sept. 4

By Fabiana Repaci on May 5, 2016
View Slideshow 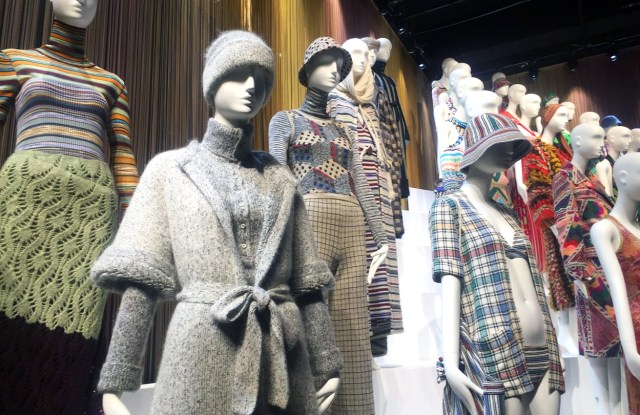 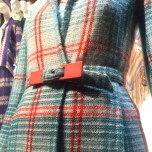 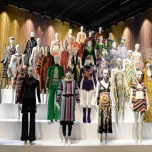 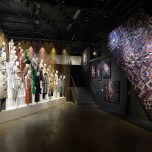 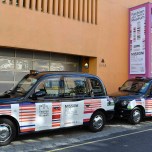 PICKING KNITS: “Missoni, Art, Colour,” which opens Friday at London’s Fashion and Textile Museum, explores the influence of post-World War II art on the house’s designs over the past 60 years.

Missoni’s colored and patterned knits are on display alongside works by leading 20th-century European artists, including Sonia Delaunay, Lucio Fontana, Gino Severini and Giacomo Balla, that were critical to the development of the brand’s aesthetic.

Some of the artwork on display comes from the family’s private collection. Luca Missoni, artistic director of the Missoni archive, said during a preview that his parents, Ottavio and Rosita, were able to translate the inspiration they got from art into textiles, building their signature language.

“Our house was an art factory where color became the main element, which we tried to express and to celebrate in this exhibition,” he said.

The show was first staged last year at the Ma*ga Art Museum in the northern Italian town Gallarate, Missoni’s home base, last year. The Italian brand has partnered with The Woolmark Company for the show, which runs until Sept. 4.

There are more than 100 works on display from the early 20th century to present day, as well as abstract drawings, paintings and tapestries by the late Ottavio Missoni, who founded the house with his wife Rosita.

The large wall hangings, made from knitted patchwork, became Ottavio’s way of merging his interest in color and fabric with fashion and art, according to the organizers.

At the heart of the exhibition is a large installation featuring 42 mannequins displayed on a pyramid of steps. They are wearing Missoni looks from the Fifties until the present day. Selected by Rosita and Angela, the collection aims to capture the essence of Missoni.

Rosita said during the preview that she was happy to be back in London, as it’s where she first met Ottavio when she was 16.

He was a hurdler who took part the 1948 Summer Olympics in London. She recalled their first encounter: “The day I met him, he had a fantastic style, he was very handsome and wearing a double-breasted woolen uniform as he came out of the underground in Piccadilly.”

Luciano Caramel, the curator, said the show shouldn’t be seen as a retrospective: “It just can’t be, since the Missonis are alive and well, and Ottavio too, his work lives on.”