Directed by Lynne Ramsay, the 18th installment of the series will debut in Venice on Sept. 1.

BRIGITTE ON CAMERA: Miu Miu will present its 18th short film as part of the Women’s Tales series in Venice on Sept. 1 during the city’s International Film Festival.

Dubbed “Brigitte,” the latest installment of the series focuses on photographer and longtime Miu Miu and Prada collaborator Brigitte Lacombe, offering insight into her creative process at work.

Set in a hydraulic factory in London, the short film is directed by Scottish filmmaker Lynne Ramsay, whose most recent feature “You Were Never Really Here” starring Joaquin Phoenix won the Best Screenplay and Best Actor awards at the Cannes Film Festival in 2017.

In the short film, which is shot in a deep monochrome mood, Lacombe discusses her life and ideas with Ramsay, while people close to the photographer make an appearance, including her sister Marian.

Approached by Ramsay with the idea of a documentary, Lacombe said she “absolutely wanted to be a part of it. And I always saw this as a collaboration.…I knew I wanted at the end to turn the camera on Lynne.”

“I hate having my photo taken. Brigitte [Lacombe] was the first person who captured me,” echoed Ramsay, who originally trained as a stills photographer. “She cast a magic spell. I wondered: ‘How did she do that?’” 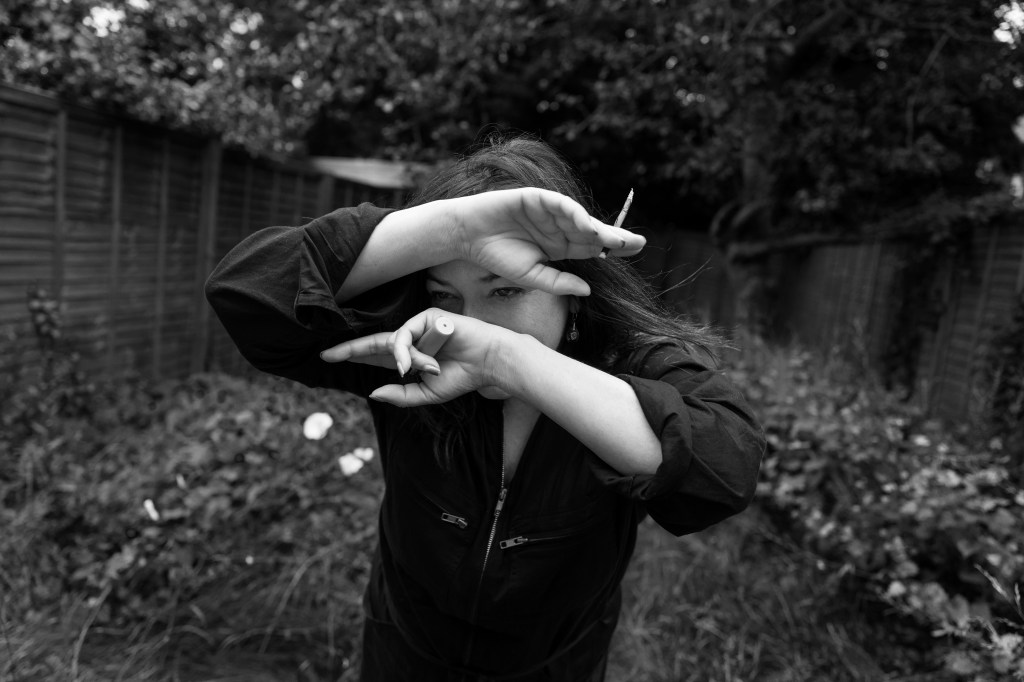 The short movie marks the first documentary effort for the filmmaker, who “wanted to show the artifice of the shoot, but also to cast characters that I’d cast in one of my films.”

Lacombe made her mark as a photographer on the set of the “All the President’s Men” movie in 1975. Since then, she has created iconic portraits of artists, actors and cultural figures, including Miuccia Prada, whom she has photographed numerous times.

Lacombe and Ramsay will attend the film’s screening in Venice, along with guests such as Lucy Boynton, Hunter Schafer, Hailey Benton Gates, Alia Shawkat, Margaret Qualley, Brit Marling, Diana Silvers and Tessa Thompson. The prior “Women’s Tales” episode, “Shako Mako” by Benton Gates, will also be screened ahead of the premiere.

As is tradition, a number of conversations will be staged following the event. The first one is set for Sept. 2 with Lacombe, Ramsay and Benton Gates, followed by a panel with Schafer, Qualley and Thompson in the afternoon. A morning session on Sept. 3 will see Boynton, Silvers and Marling come together.

The “Women’s Tales” are short films commissioned by Miu Miu with a range of distinctive female filmmakers to investigate vanity and femininity in today’s world.

Previous installments included “The Wedding Singer’s Daughter” by Haifaa al-Mansour; “Hello Apartment” by Dakota Fanning; “(The [End) of History Illusion]” by Celia Rowlson-Hall; “Carmen” by Chloë Sevigny; “That One Day” by Crystal Moselle; “Seed” by Naomi Kawase; “Les 3 Boutons” by Agnès Varda; “De Djess” by Alice Rohrwacher; “Somebody” by Miranda July; “Spark and Light” by So Yong Kim; “Le Donne della Vucciria” by Hiam Abbass; “The Door” by Ava DuVernay; “It’s Getting Late” by Massy Tadjedin; “The Woman Dress” by Giada Colagrande, “Muta” by Lucrecia Martel and “The Powder Room” by Zoe Cassavetes.