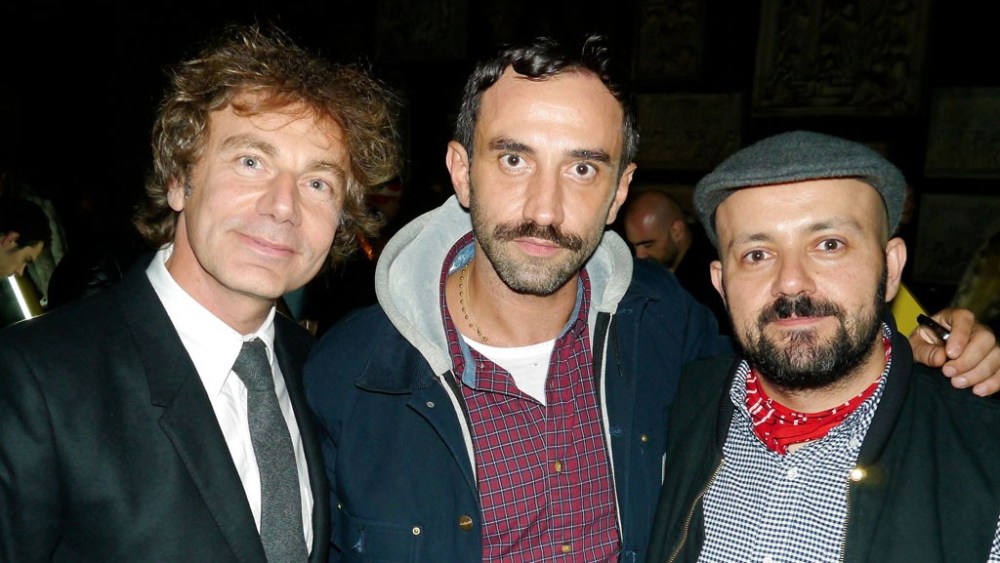 ART SCHOOL:  The graphic design duo behind M/M, Michaël Amzalag and Mathias Augustiniak, took over the chapel of the École des Beaux-Arts on Wednesday night in Paris to fete the release of a first book on their 20 years of collaboration.

The 528-page monograph records hundreds of their projects, including ones with Balenciaga and Givenchy, the singer Björk, magazines such as Vogue Paris — all arranged alphabetically starting from M.

Amzalag and Augustiniak, who met as students at another art school in Paris, the École des Arts Décoratifs, mounted their agency M/M (Paris) in 1992.

“When I was in college, I was obsessed with their work. I still am. I went to their studio to buy two letters of the alphabet,” said Tisci. “We have been working together since I started at Givenchy.”

“Each time I received a great invitation card done by them, I was wowed,” said Issermann. “I have been collecting them. Then I met with them in person. For me, there were two geniuses doing invitation cards.”

Mastroianni recalled the first time she met with the duo: “It was for the cover of album we did with my former husband Benjamin [Biolay] in 2003. I loved doing it!”

Mastroianni said she has just finished shooting the film “Les Salauds” by Claire Denis, starring alongside actor Vincent Lindon. “I don’t know yet what I will do next. Maybe I should let M/M know. They would have a project for me,” she joked.

Tisci said he is off to New York for a week, to work on the preparation of the Costume Institute benefit gala to take place on May 6, where he will serve as a co-chair.