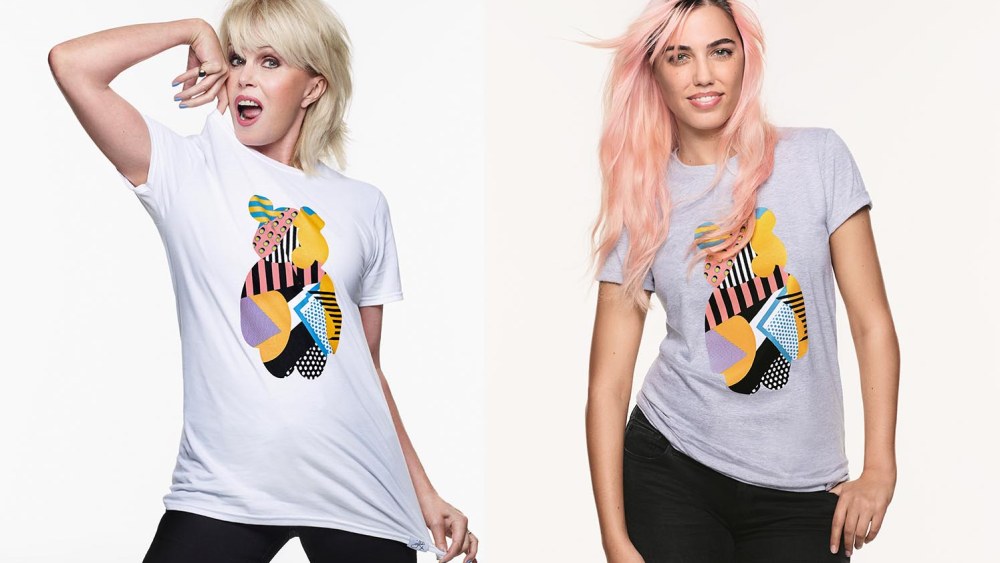 CHILDREN’S CHARITY: Giles Deacon has teamed with Britain’s BBC once again, designing a T-shirt to benefit the BBC Children in Need charity.

The campaign, photographed by Sølve Sundsbø features a range of famous supporters such as Edie Campbell, Joanna Lumley, Lily Cole and Amber Le Bon — who all donned Deacon’s design.

Alongside the campaign, celebrities including Gigi Hadid, Kendall Jenner and Jourdan Dunn took part in a photoshoot styled by Love Magazine’s editor in chief Katie Grand for Instagram. Grand has partnered with the charity in the past and participated in a celebrity auction at Christie’s in 2012. She curated a selection of Pudsey bears created by designers such as Balenciaga, Victoria Beckham, Fendi, Gucci and Prada.

The cotton T-shirt — designed by Deacon — features a bold, colorful graphic of the Pudsey Bear — the charity mascot. Deacon has collaborated with the charity in the past, revamping the mascot for the fund-raising effort. Priced at 12 pounds, or $14, it is sold on bbc.co.uk with a percent of sales to aid the charity, which helps disadvantaged children and youngsters in the U.K. The yearly Children in Need show will air on Nov. 18.

“I have been a huge supporter of BBC Children in Need for many years now,” said Deacon. “I was [pleased] to offer my support again this year through the design of their shirt. Inspired by my love of bold graphics and color, the T-shirt is a real pop-art Pudsey. I encourage everyone everywhere to buy one and help make a huge difference to the lives of disadvantaged children and young people around the U.K.”