The locations carry the Moncler Genius collections as well as limited-edition merchandise with a crest dedicated to each city.

Inside a Moncler House of Genius pop-up store.

MILAN — Moncler is launching a series of pop-up concept stores dedicated to its Moncler House of Genius project on Thursday. Running through the end of January 2020, the temporary locations will open in key areas in Milan, Paris and Tokyo.

In particular, the spaces will be installed in Milan’s iconic Galleria Vittorio Emanuele II, on the Avenue des Champs-Élysées in Paris, and in Jingumae, Shibuya in Tokyo.

Each unit will carry all the fall 2019 Moncler Genius range launched so far, as well as new drops debuting throughout the next three months and products especially developed for each city.

Special items and limited-edition merchandise including apparel and tech accessories will come with a dedicated city crest. Vending machines installed in each unit will also offer a range of canvas bags as well as T-shirts designed by the 11 “Moncler Geniuses,” a roster of designers comprising Pierpaolo Piccioli, Richard Quinn, Simone Rocha, Craig Green and Francesco Ragazzi, among others. Unexpected items selected by the designers will be available at the stores, too. 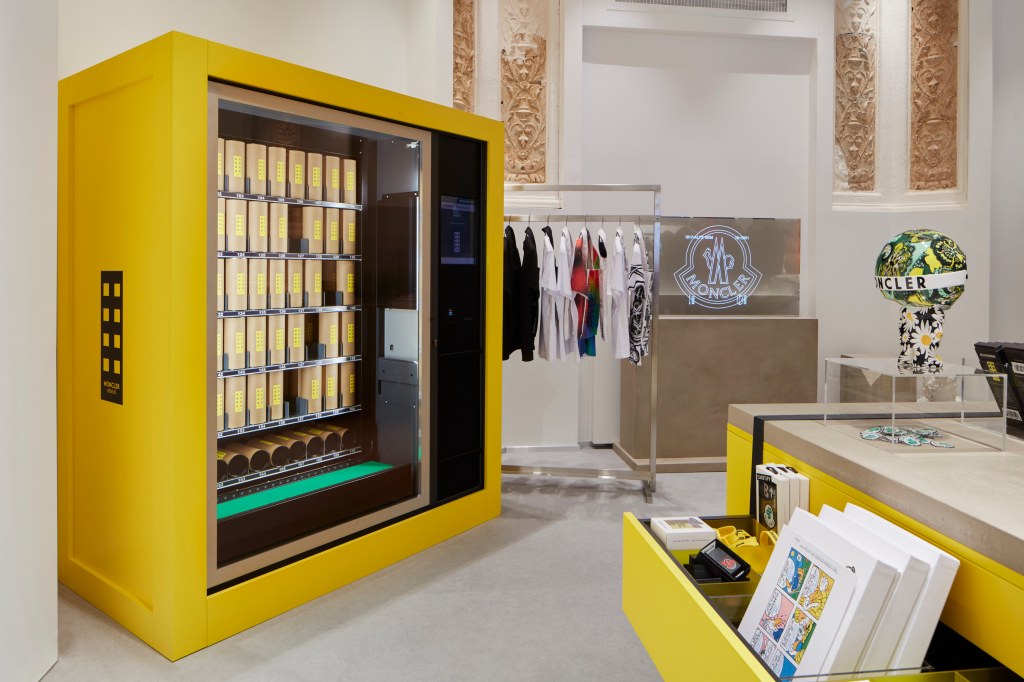 Inside a Moncler House of Genius pop-up store.  Courtesy Photo

Developed under the artistic direction of Palm Angels’ founder Francesco Ragazzi, each pop-up space has been conceived not only for retail purposes but also to offer ever-changing, immersive experiences, mimicking an art gallery. For example, a schedule of cultural programming has been assembled for the Milanese unit to create inclusive situations aimed at engaging customers, cultivating their creativity and building a local community around the space.

Creative sessions such as workshops of floral design, VR sculpture and zine making, as well as talks, art performances and live music events promise to enhance the interactive aspect of each location.

The first event of such a range will be a Vanessa Beecroft performance staged on Thursday evening to mark the unveiling of the Milanese pop-up store.

Keeping with her signature artistic expression, Beecroft will create a “living image” lining a formation of models and ballet dancers performing on the notes of a piano in the city’s Galleria Vittorio Emanuele II. Each dressed with vintage Moncler jackets, the talents will express the artist’s autobiographical memory of the brand and her commentary on identity, desire and fashion. 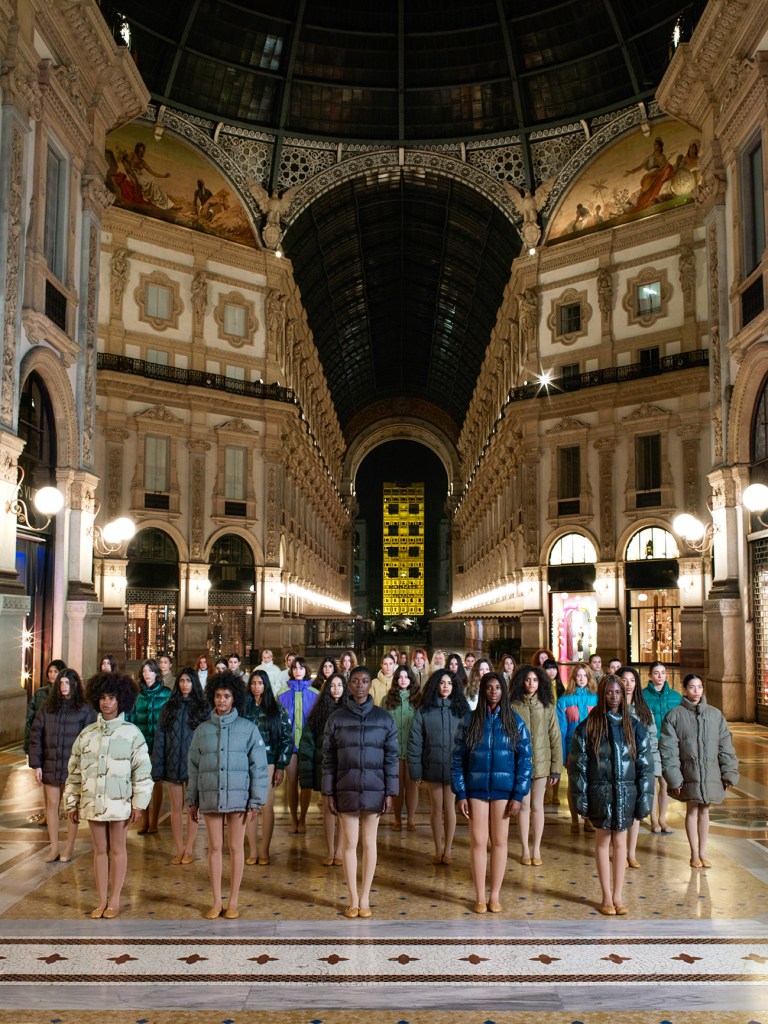 In addition to Milan, Paris and Tokyo, Moncler has partnered with Maxfield in Los Angeles to take the concept on the West Coast via an immersive event experience. The project will have a shorter-term compared to the other units, as it will debut today and run through Nov. 21. Another, two-week pop-up at Neiman Marcus in Hudson Yards will open in tandem with the L.A. location, offering exclusive products and a dynamic installation. 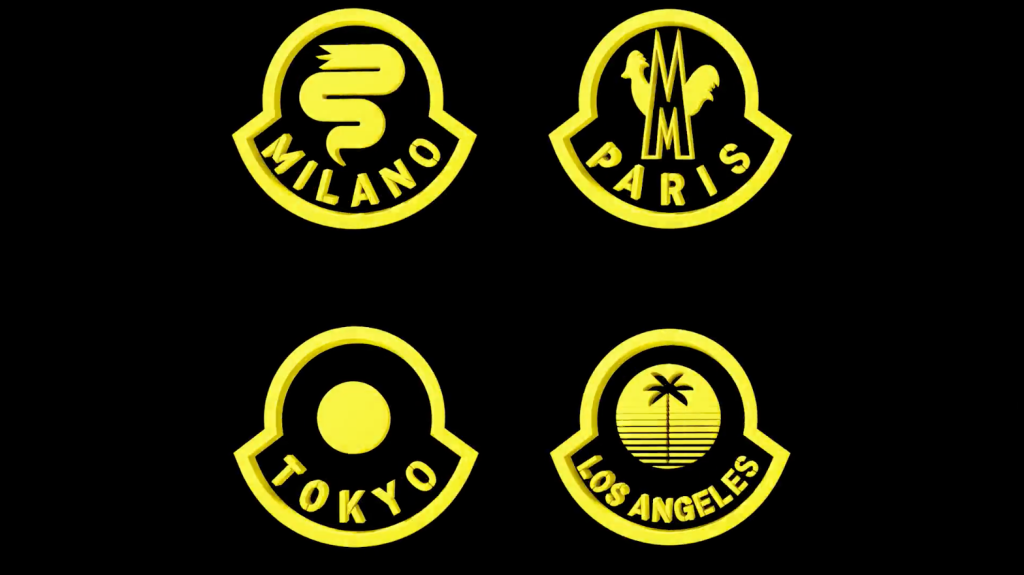 The dedicated city crests that will appear on a selection of products showcased in the Moncler House of Genius pop-up stores.  Courtesy Photo