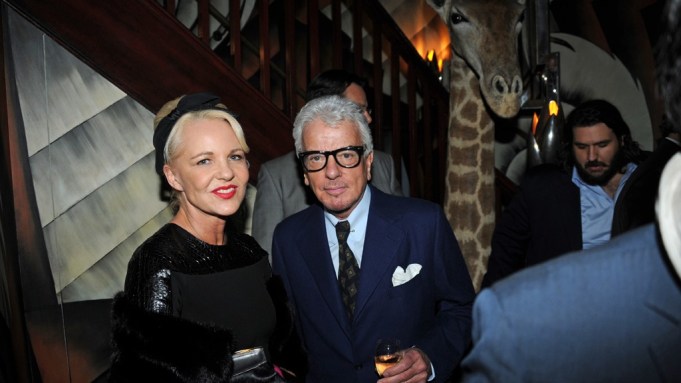 FLIGHT CREW: Private air fleet VistaJet and Moncler joined forces to host a dinner at Loulou’s in London to celebrate their collaboration on Monday night. Jetsetters Remo Ruffini, Moncler’s owner and creative director, and VistaJet founder Thomas Flohr formed their creative partnership over a game of squash in St Barth’s.

“Remo is an old friend and we spend a lot of time together in St Barth’s,” explained Flohr after dinner. “He asked me where my pilots were flying to and when I told him ‘Siberia,’ he said it must be so cold there and asked me what they were wearing when they land.” Obviously, the ideal answer was Moncler.