The brand has moved its downtown store location one block north to 100 Wooster Street. 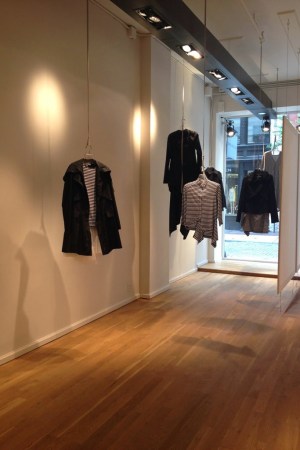 On Wednesday night, the brand celebrated its new space with a fall trunk show and musical performance by Angela McCluskey and Paul Cantelon. Designer Liliana Casabal said that she had been looking to relocate for awhile and when the space—once an antique store and located on the same block where she has been living for thirty years—became available, the designer was quick to sign the lease. “I like the intimacy of this shop. The other shop was good twenty years ago, but now we’ve changed how we perceive things,” said Casabal. The new space is half the size of the former space but benefits from substantially higher foot traffic. “It was a downsize and an upsize,” the designer explained. “One block to another in new york makes a great difference.”

The brand also has a New York flagship, located uptown on Madison Avenue.