“Simple but singular” is the idea behind the new cloud pictogram that symbolizes a creative collective built around Belgian singer-songwriter Stromae.

PARIS — Mosaert, the creative collective built around the Belgian singer-songwriter Paul Van Haver — also known as Stromae — is celebrating its tenth anniversary this year with a new logo and even more projects.

“It’s a bit strange to be glancing in the rear view mirror and tell ourselves it’s been a decade. Ten years ago, I didn’t realize we were producers. I was paying for everything myself, and my lawyer told me that’s what we were,” Van Haver said during an appointment in Paris alongside Coralie Barbier, the designer behind the label’s clothing line and the musician’s wife since 2015, and Luc Junior Tam, creative director of Mosaert and Van Haver’s brother.

“We hope that [celebrating a decade] doesn’t sound presumptuous, like we’re celebrating a centenary or something,” said Junior Tam, who has been involved in the label since its inception. Any partying on hold for obvious reasons, the trio nonetheless wanted to mark the milestone in style but also symbolize the evolution from a music-oriented project to a wider range of activities, with a new visual identity.

“We wanted something that echoes our creative process, the dream, the imagination, the fun and simple side. A design that would be simple enough for a child to draw,” the musician said. The trio eventually settled on a cloud pictogram, decked in pastels, developed with multidisciplinary Belgian creative duo Boldatwork, long-standing collaborators who also contributed the design of Stromae’s seminal “Racine Carrée” album. 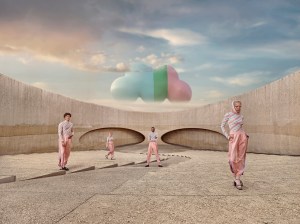 Among Mosaert’s upcoming projects is a permanent installation for the new Saint-Denis-Pleyel transportation hub that will open in 2023 as part of the “Grand Paris” urban development project, taking the shape of a tree finding its roots in the wooden cladding of the building designed by Japanese architect Kengo Kuma.

“The idea was to symbolize our interdependence, particularly in ecology, and link back to the spruce wood that will have been used in the building,” Van Haver said. “It’s the kind of project that we could have never imagined at first, and that we perhaps didn’t feel legitimate for, so why not?”

The trio is already working on other projects, but caught themselves before they could spill the beans, only allowing that it wasn’t in architecture, fashion or — to the disappointment of Stromae fans — directly in music.

This inability to settle for a box is also part of the evolution of Mosaert’s clothing capsule, now a fully sustainable range of sweatshirts and loungewear separates. Developed before the lockdown, the loungewear vibe had less to do with stay-at-home than it had with “the desire not to put people in boxes. It’s this desire to appeal without losing ourselves that extends in everything our label does. To be legible but to let each person interpret [our work] depending on their own context,” Barbier said. As Van Haver put it: “simple, but singular.” 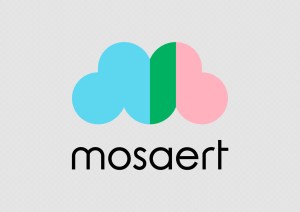