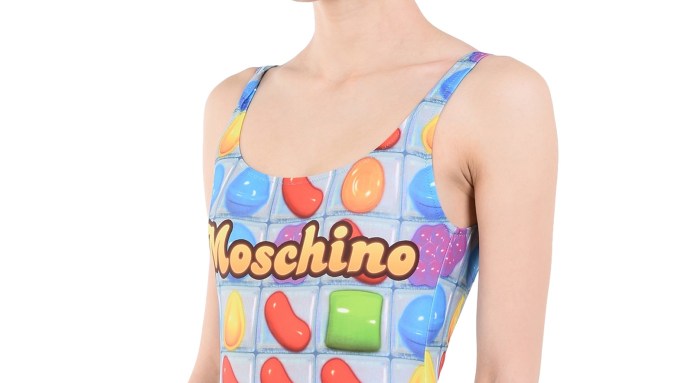 Jeremy Scott is returning to the desert for his 11th annual bash at Coachella, this time on behalf of Moschino, with mobile game Candy Crush and streaming video platform Tidal, which will live-stream musical performances from the party including appearances from Lil Uzi Vert and a surprise headliner. (Hint: It’s not an act performing at the festival.)

The always colorful event this year will be inspired by the Moschino Candy Crush collaboration on a capsule collection of summer festival items including a limited-edition backpack ($650); iPhone case ($70), and women’s and men’s swimwear ($300 and $205, respectively). Designs in the collection were inspired by the colorful candies featured in the mobile game Candy Crush. The pieces will be available on moschino.com starting today until supplies last.

The event will be produced, designed and managed by XA The Experiential Agency.

The DJs will be Mazurbate, Mia Moretti, The Misshapes and Busy P, aka Pedro Winter, starting at 10 p.m. and going until “very late,” according to the invitation. For those wanting to keep up with the live-stream, visit Tidal.com/Moschino and follow the social media hashtags #MoschinoCandyCrush and #TidalMoschino.

Scott won’t have much competition this year. As usual, Neon Carnival will pull a huge celebrity crowd, but most VIPs with private transportation will attempt to hit both events, and the truly ambitious will also do drive-bys to Bootsy Bellows’ dance party.