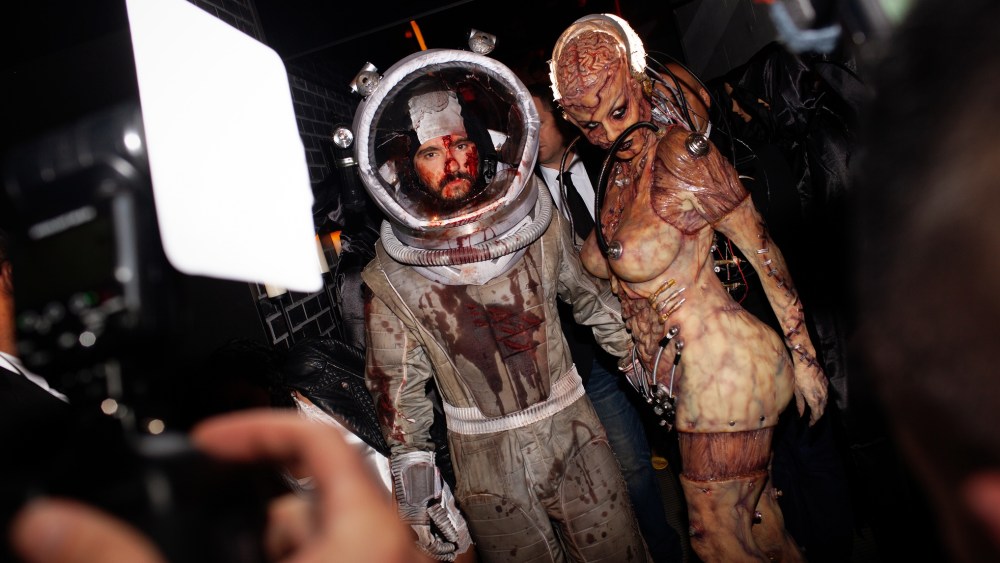 Spooky season is here once more, which means celebrities are ready to impress with their elaborate costumes.

Though Halloween festivities were largely put to a halt last year due to the ongoing COVID-19 pandemic, fans are eager to see what ensembles their favorite celebrities are conjuring up.

Some big stars have already brought out their A-game for costumes recently at parties — including at Doja Cat’s under-the-sea-themed birthday bash last week — or simply showing them off on Instagram for their fans.

Unfortunately this year, some of the biggest celebrations are not taking place.

Supermodel Heidi Klum, dubbed the “Queen of Halloween,” will not be throwing her famous annual Halloween party this year. Klum also canceled her plans for a party in 2020. “With everything happening in the world right now, I feel like it’s still too early for me to feel OK having a party,” she told TooFab.

Klum is known to one-up herself almost every year with her over-the-top costumes. Some of her most memorable ones have been Fiona from “Shrek,” Jessica Rabbit, the werewolf from Michael Jackson’s “Thriller” music video and even herself (accompanied by some clones).

Other stars, such as Neil Patrick Harris and David Burtka, Kim Kardashian West and her family, and Sophie and Joe Jonas, have come up with some rather iconic couple and group costumes themselves over the years.

Bette Midler, however, is still hosting her annual Hulaween party at the New York Restoration Project in honor of the organization’s 25th anniversary. This year’s theme is Boogie Frights, with attendees having to dress in their best ’70s attire. All guests have to be fully vaccinated in order to attend.

Click through the gallery above to see some of the most iconic Halloween costumes worn by celebrities throughout the years.