The temporary space at department store Isetan will remain open for a month. 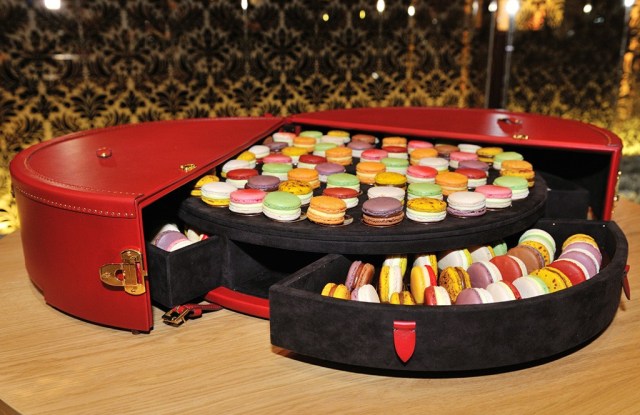 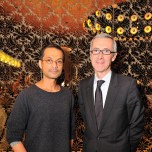 TOKYO — Moynat is bringing its traditional French craftsmanship to consumers outside Paris for the first time with a month-long pop-up shop, set to open Wednesday at the Isetan department store in Tokyo’s Shinjuku district.

The pop-up, or “trunk show,” as Moynat has dubbed it, will sell a selection of handbags in small quantities of just two to three per color. There are also some bags designed specifically for Japan, based on a classic Moynat style.

Moynat creative director Ramesh Nair has also specially designed a trunk inspired by Pierre Hermé’s macaroons. Modeled after the brand’s Entrepneu trunk, created in the early 1900s to fit into the center of a car’s spare tire, it is round and opens down the middle, with inner drawers that pull out to reveal more storage space.

The red color was inspired by Japan’s rising sun flag. Nair said the brand’s artisans told him it is the most complex trunk Moynat has ever made. It will be on display at Isetan for the duration of the pop-up.

“Some of my points of design are respect, tradition, savoir-faire, craftsmanship, things like that,” Nair said, adding that these words also evoked Japan for him. “You connect places to your thoughts, and Japan always falls into place because of the love for design, the love and respect for tradition.”

Moynat chief executive officer Guillaume Davin said the Isetan pop-up will be the first in a series, with two to three more to follow in key cities in Asia and the United States next year. These will be used to gauge consumer response and may help to decide where additional freestanding stores may be opened in the future.

Currently Moynat has just one store in Paris, and its second is planned for London next spring.