The Japanese Edit features 122 pieces from 15 brands across clothing, shoes and accessories.

OVERSEAS HAUL: Mr Porter has turned to Japan for its latest capsule collection, The Japan Edit, which will launch online May 6. The edit features 122 pieces across 15 brands from clothing to shoes and accessories.

“We chose Japan because we have had a very successful time with Japanese brands and a lot of them have been very supportive of Mr Porter from the beginning. We all have a fondness for Japan and the brands that we have been working with,” said Fiona Firth, buying director of Mr Porter.

This is the third installment of Mr Porter’s Edit capsule collections. The first two, Vive La France and Made in California, spotlighted designers from those regional locales. According to Firth, The Edit has been a hit with the Mr Porter customer.

“Not only is it a nice way of promoting smaller brands that don’t necessarily get a spotlight on them, but what we’ve found is that there’s a very loyal following from the local market,” Firth said.

The Vive La France Edit resonated well, she said, with the site’s customer base in France, whereas the Made in California Edit was a hit with Mr Porter’s American consumer. For Firth, pursuing these projects is a way to strengthen existing relationships with these customers.

“It’s also a way for new and existing customers to discover labels and pieces as well as a chance for us to re-engage with some of our existing customers. We’re also able to give back to the suppliers who have worked with us and when you add it up, 15 brands is quite a big business for us,” Firth added. 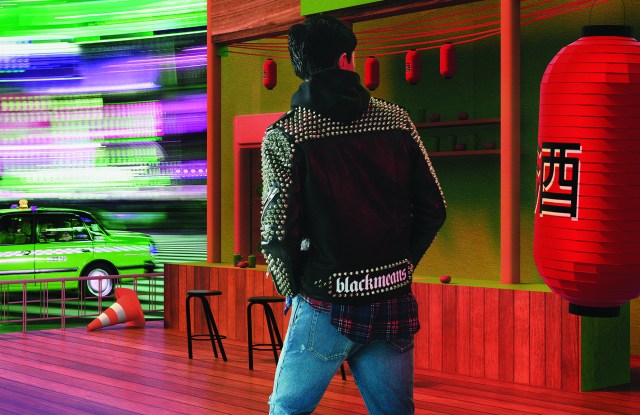 Of the 15 brands that will be part of the edit, Mr Porter has already worked with 10, including Beams, Blue Blue Japan, Kapital, The Soloist and Wacko Maria. Joining them are Auralee, Ambush, Human Made, Needles and Mizuno.

Pieces retail from 15 pounds for a printed cotton bandana from Blue Blue Japan up to 4,775 pounds for a studded leather biker jacket from Blackmeans.

These brands were chosen not only for their style, but for their craftsmanship. “Japan has that heritage for craftsmanship when it comes to product, everything is done with this real handicraft. The Japanese look at the detail of everything, and that will definitely resonate with the customers,” Firth said adding that the overall style is slightly younger.

There are tie-dye T-shirts from Auralee, graphic tops from Human Made, and colorful track suits from Needles. “There’s more color and a slightly younger look, but I think that’s has to do with the fun graphics and patterns but we still have something for everyone,” Firth said.