With "The Hills" reboot coming soon, WWD looks back to the wide array of companies founded by original cast from Lauren Conrad to Spencer Pratt.

Audrina Patridge, Whitney Port and Lauren Conrad at the MTV Movie Awards in 2009.

While it originally aired in the early aughts, MTV’s “The Hills” still holds a soft spot for many Millennials, who are now impatiently waiting for the show’s reboot, called “The Hills: New Beginnings,” set to premiere on June 24.

More than just a cultural moment that gave birth to many famous lines and sage pieces of advice, the show launched a new generation of reality TV stars turned entrepreneurs. Many of the show’s cast have gone on from the show to launch their own companies in the fashion, beauty and wellness spaces, some lucrative — for instance, Emily Weiss’ Glossier Inc., valued at $1.2 billion — while others — like Heidi Pratt’s Heidiwood — fell flat.

The show is coming back with some of its fan favorites, including Pratt and her husband, Spencer; Whitney Port and Audrina Patridge, and newcomers, like actress Mischa Barton, who is making her reality TV debut.

Now that MTV is reprising the show, WWD takes a look at all the brands created by “The Hills” current and former cast. 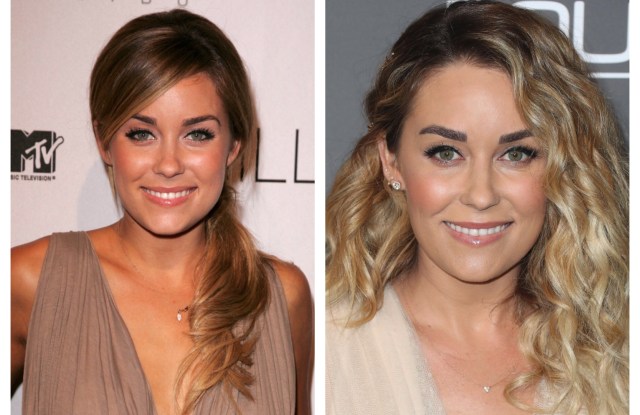 Left, Lauren Conrad attends season three premiere of “The Hills” in 2007. Right, Conrad at the Baby2Baby Gala in 2018.  REX/Shutterstock

Although Lauren Conrad left the show after its fifth season and isn’t returning for the reprised version, she’s been one of the more successful cast members postshow. In 2009, Conrad started her brand, LC Lauren Conrad, a line of lower-priced fashion, accessory and home products, sold exclusively at Kohl’s. She debuted the line at 300 doors, and quickly expanded to all nationwide locations. Conrad, who has 6.1 million Instagram followers, also founded the online retailer, The Little Market, a nonprofit fair trade shop that offers handmade fashion and home products made by female artisans from around the world. Conrad also announced in March that she’s starting a podcast, called “Lauren Conrad: Asking for a Friend,” which will discuss beauty and lifestyle topics. 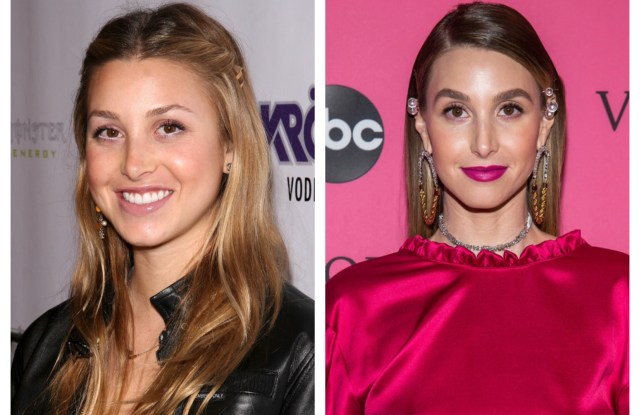 Left, Whitney Port at a fashion show after party in 2008. Right, Port at the Victoria’s Secret Fashion Show in 2018.  REX/Shutterstock

In December 2018 Whitney Port was named the chief brand director of Bundle Organics, a line of ingestible products targeting pregnant women and mothers. After interning for Diane von Furstenberg, which was documented on her spin-off MTV show, “The City,” Port launched her own fashion line, the Whitney Eve Collection. The now-defunct contemporary line showed a few collections at New York Fashion Week. She’s since transitioned into lifestyle blogging on her own namesake web site. Port has also created two collaborations with Target, an activewear collection in 2016 and a tableware collection in 2017. In 2015, Port was named as an ambassador to hair-care brand, Wella Professionals. 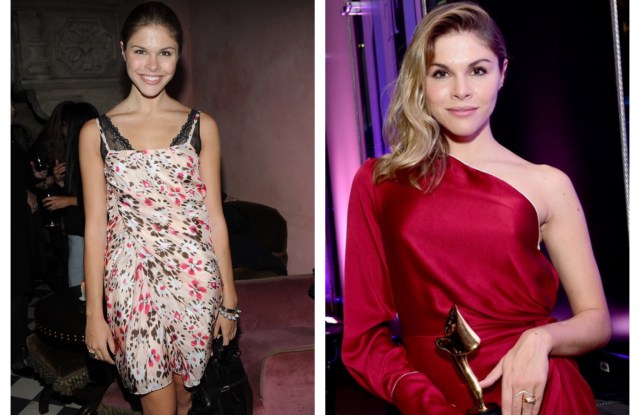 Left, Emily Weiss at the launch of the “Teen Vogue Handbook” in 2009. Right, Weiss at the Fragrance Foundation awards in 2018.  REX/Shutterstock

Although she had a smaller role on “The Hills” — interning at Teen Vogue alongside Conrad and Port — Emily Weiss’ Glossier Inc., which oversees editorial site, Into the Gloss, and Millennial-favorite beauty brand, Glossier, is arguably the most successful business out of the bunch. In the last month, Weiss’ company has been valued at $1.2 billion; launched a sister brand, called Glossier Play, a high-impact makeup line; opened its latest pop-up shop in Miami, and launched a new product, Mango Balm Dotcom. 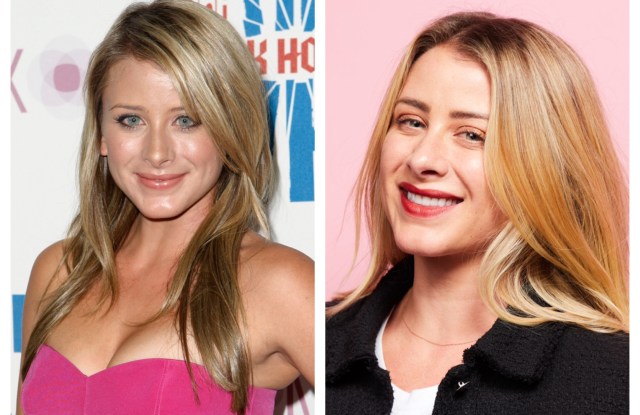 Left, Lo Bosworth at the VH1 Rock Honors Party in 2008. Right, Bosworth at Beautycon in 2018.  REX/Shutterstock

Post-“Hills,” Lo Bosworth entered the $4.2 trillion wellness industry with her brand, Love Wellness, which offers ingestible supplements and women’s health products. The line includes supplements for a number of health issues, like weight, sleep and gut health, and women’s health products, such as a pH-balancing cleanser, cleansing wipes and mood-balancing supplements. Bosworth also runs her own lifestyle blog, called The Lo Down. She will not be returning for the MTV revival. 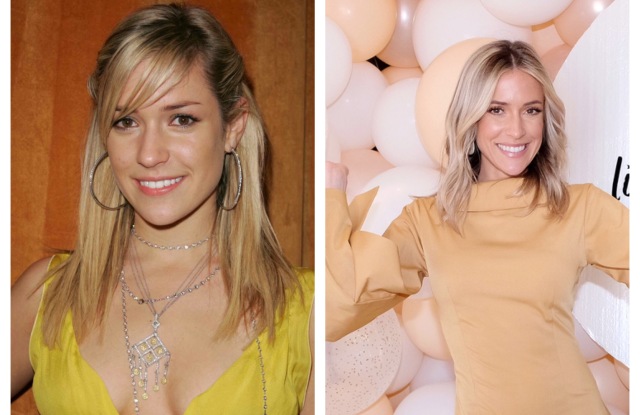 Kristin Cavallari, who came to “The Hills” for its final season, launched a contemporary jewelry line in 2017, called Uncommon James. The line offers minimalist, stackable pieces in gold and silver and is sold through the brand’s web site, Nordstrom and its flagship location in Nashville, which opened last May. Through the brand, Cavallari launched Little James, a baby’s clothing line created in collaboration with Australia-based Sapling Child. With her husband, former NFL quarterback Jay Cutler, Cavallari is currently starring in her own reality TV show on the E! network called “Very Cavallari.” Cavallari will not be returning for “The Hills” reprisal. 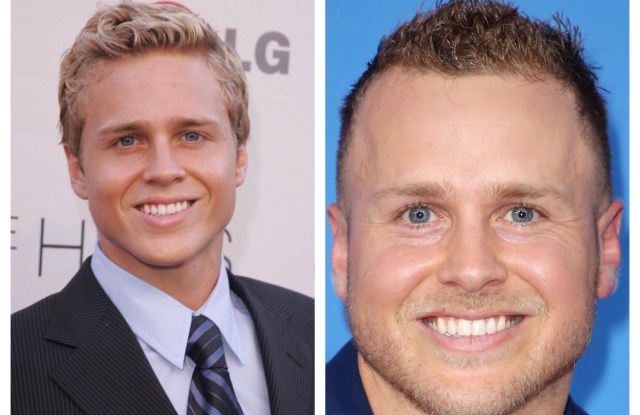 Left, Spencer Pratt at the season three premiere of “The Hills” in 2007. Right, Pratt at the MTV Video Music Awards in 2018.  REX/Shutterstock

Spencer Pratt, one of the more eccentric cast members, made his own foray into the wellness category with Pratt Daddy, a collection of healing crystals. The brand sells singular crystals and various stones as pendants and in jewelry. In addition to “The Hills,” Pratt has appeared in other reality TV shows, such as “Celebrity Big Brother,” “Wife Swap” and “Marriage Boot Camp.” 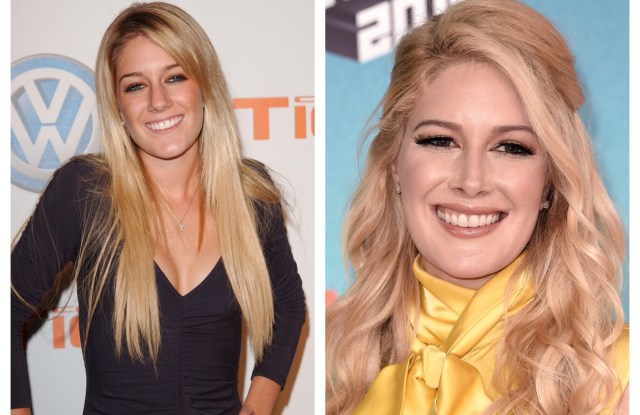 Left, Heidi Pratt at the Volkswagen Tiguan Party in 2006. Right, Pratt at the Nickelodeon Kids’ Choice Awards in 2019.  REX/Shutterstock

Following in her husband’s footsteps, Heidi Pratt also launched her own jewelry line last year, called Stone Love. Named after her son, Stone Love offers handmade jewelry created with gemstones, crystals and beading. In 2008, Pratt also launched the ill-fated Heidiwood, a fashion line created with Anchor Blue that was criticized by a number of publications including, The Cut and Gawker, for its poor materials and design. The line is no longer produced. 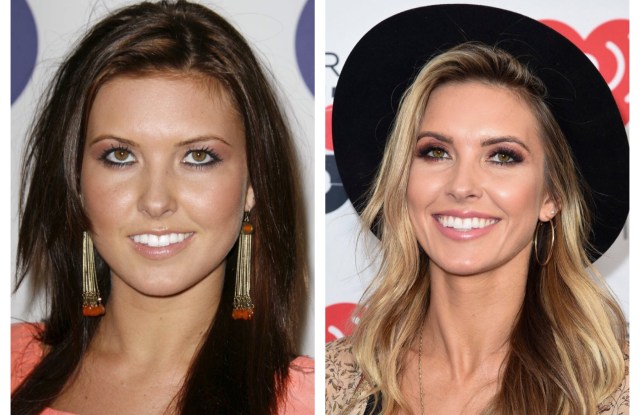 Left, Audrina Patridge at a party in 2007. Right, Patridge at the iHeartRadio Alter Ego Concert in 2019.  REX/Shutterstock

In late 2016, Audrina Patridge launched her Orange County-based swimwear brand, called Prey Swim. Working with her sisters, Casey Loza and Samantha Patridge, the line is designed and sourced in Orange County, Calif. and partners with La Isla for manufacturing. Patridge was formerly a spokesperson for Bongo, ending her partnership in 2011. 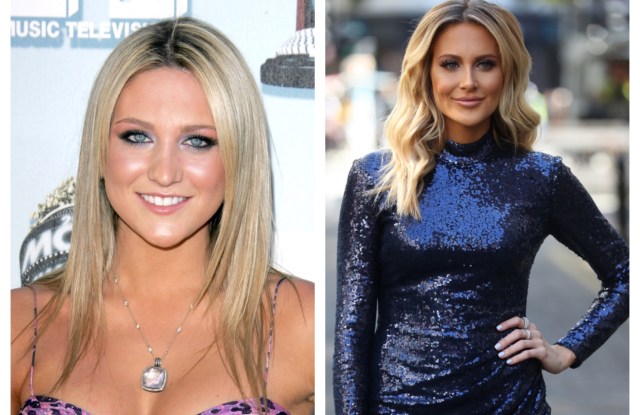 WATCH: Which Celebrities Have the Best Travel Style?