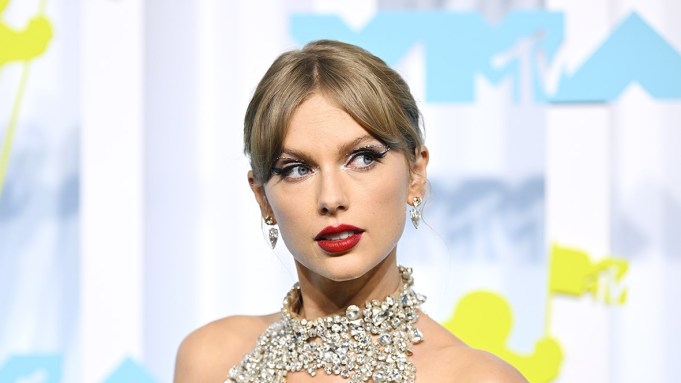 The 2022 MTV VMAs had no shortage of standout fashion looks.

Many of today’s biggest musicians came together Sunday night at the annual awards ceremony to celebrate the year’s popular music videos. Taylor Swift, who won three awards for her “All Too Well” short film, made a surprise appearance at the MTV VMAs, where she subsequently made a surprise announcement that she is releasing her next album this October, called “Midnights.”

Hit K-pop girl group Blackpink made their U.S. awards show debut at the MTV VMAs, where each member stunned in their own high-fashion look. The group performed their new song “Pink Venom” during the awards show.

Here, WWD rounds up some of the standout fashion looks from the 2022 MTV VMAs. Scroll on for more.

K-pop girl group Blackpink made their U.S. awards show debut at the 2022 MTV VMAs, where they performed their new song “Pink Venom.” The four-member group each had their own standout fashion moments in looks from Celine, Dior, Chanel and Saint Laurent.

Taylor Swift had a big night at the MTV VMAs, picking up three awards for her short film “All Too Well” from the re-released version of her “Red” album. She also made a surprise announcement that she is releasing her next album, called “Midnights,” this October. For her VMAs appearance, Swift wore a crystal-embellished Oscar de la Renta dress from the design house’s resort 2023 collection.

Brazilian singer Anitta made an impression with her 2022 MTV VMAs look, wearing a Schiaparelli fall 2022 couture dress that consisted of an asymmetrical red silk corset paired with a red velvet maxiskirt.