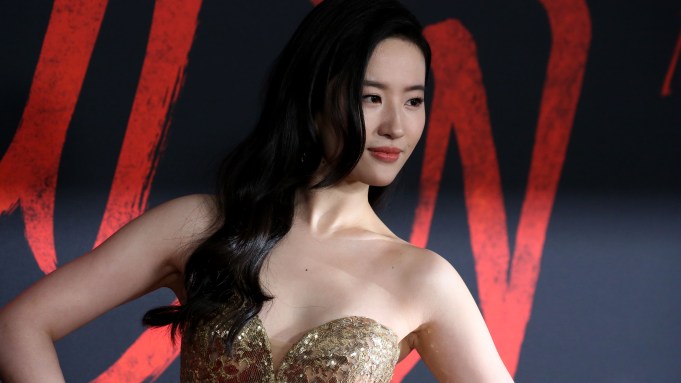 Actress Liu Yifei had a show-stopping fashion moment at the premiere of Disney’s “Mulan” Monday night in Los Angeles.

The 32-year-old actress chose a gold Elie Saab gown for the premiere from the designer’s fall 2019 couture collection replete with rising phoenix motif, rendered in gold embroidery and sequins.

Yifei plays the titular character in the film, which is a live-action remake of the beloved Disney cartoon from 1998. According to the Hollywood Reporter, Yifei was chosen out of a pool of 1,000 other actresses after a year-long casting process. While she is a well-known actress in Asia, “Mulan” is Yifei’s first major role in a U.S.-based film.

The actress was joined at the premiere by many of her “Mulan” castmates, including actors Tzi Ma and Donnie Yen, and other celebrities including Christina Aguilera, Chrissy Metz, Jaimie Alexander and Lana Condor, among others. Actress Ming-Na Wen, who originally voiced Mulan in the 1998 film, also attended the premiere.

“Mulan” hits theaters on March 27. Click through the above gallery to see more photos from the premiere.