The brand is publishing a book made up of images that chart its creative process, shot by long time collaborator Venetia Dearden. 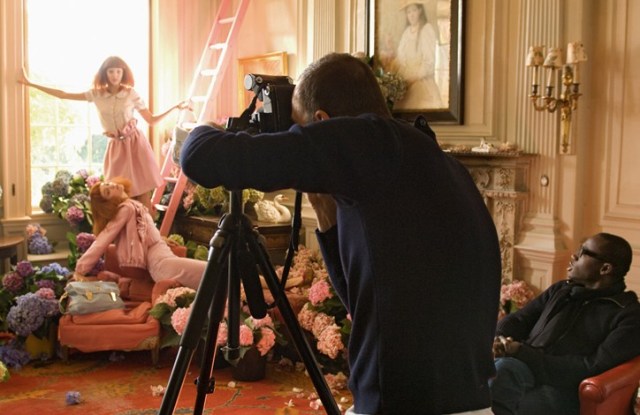 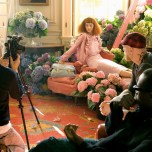 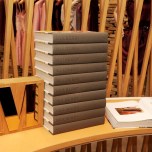 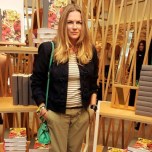 MULBERRY HITS 40: Mulberry has kicked off its 40th anniversary celebrations by publishing a book about its world. Mulberry — The Book is made up of images that chart the brand’s creative process, that were all shot by long time Mulberry collaborator Venetia Dearden. The book, which the label bills as “a fly on the wall, warts and all journey through the past two years of the brand’s life,” features everything from shots of Tim Walker’s hydrangea-filled spring 2011 campaign shoot for Mulberry through to behind the scenes images from Mulberry’s factory in Somerset, England. “It seemed like quite a funny thing to do — quite grand,” said Emma Hill, creative director of Mulberry, at a tea party at Mulberry’s Bond Street store to launch the book Wednesday. “[We wanted] to be able to show all the different aspects to us, from the quality of the factory and how we make things to people having fun.” Roger Saul, who founded the company in 1971, has also contributed anecdotes to the book, and it includes quotes from celebrity fans such as Alexa Chung and Dree Hemingway. Hill will also unveil a collection of products later this year to mark Mulberry’s anniversary, in addition to opening a store on New York’s Spring Street in September. And the label will continue to mark the anniversary with “various little shindigs,” throughout the year, Hill said. “Basically anything to have a party,” she noted with a laugh. The book is priced at $90, and will retail at selected Mulberry boutiques and via Mulberry.com through to July 1, when it will go on sale at selected book stores.