Musicians Brigitte and Aaron Among Faithful Guests at Alexis Mabille

Pop duo Brigitte is currently on tour and may have a tie-up with eco makeup brand La Bouche Rouge in the works, while Aaron’s Simon Buret is playing Jean Cocteau in National Geographic’s “Genius: Picasso.” 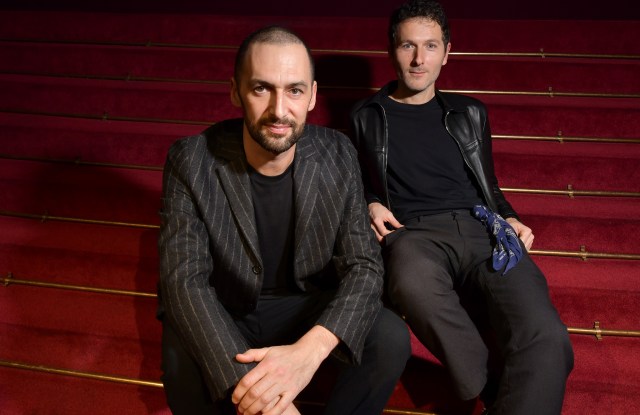 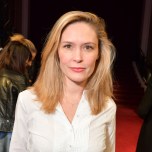 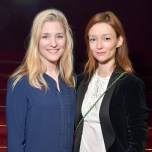 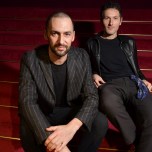 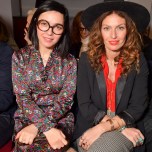 LOYAL FAN BASE: Alexis Mabille’s front row following was faithful as ever this season, with regulars including Audrey Marnay, pop duo Brigitte, actress Lilou Fogli and musicians Simon Buret and Olivier Coursier, of Aaron, among the guests at the designer’s haute couture show Tuesday afternoon.

Buret, who trained as an actor but hasn’t played a role for a couple of years, is playing Jean Cocteau in National Geographic’s “Genius: Picasso,” which will debut in April. “We’re shooting in Budapest, we’re having a good time,” he said.

He and Coursier are also working on a new album, due out early next year. “It’s a ‘Bladerunner’ feeling. It’s dark, greasy, purple…it’s really hard to describe music with words,” he shrugged. “You have to listen to it.”

As for Seventies-inspired duo Les Brigitte, they are up for a Victoire de la Musique — France’s equivalent of the Grammys — next month for their latest album, “Nues,” and will be touring through July.

In the beauty world, meanwhile, “We’re talking about a small adventure with a lipstick brand,” said Aurélie Saada, one half of Brigitte. “It’s a brand I love a lot, that’s very ethical, called La Bouche Rouge.”

Audrey Marnay has a fashion project up her sleeve for February, but was keeping mum about the details. “I’ve got in trouble like that before,” she smiled.

As for actress Natacha Régnier, she will make her debut in the second season of Netflix series “Marseille” alongside Benoit Magimel and Gérard Dépardieu next month. “I play a very ambiguous role of a woman who has completely opposing political views to my own, it was really interesting to do,” she said.