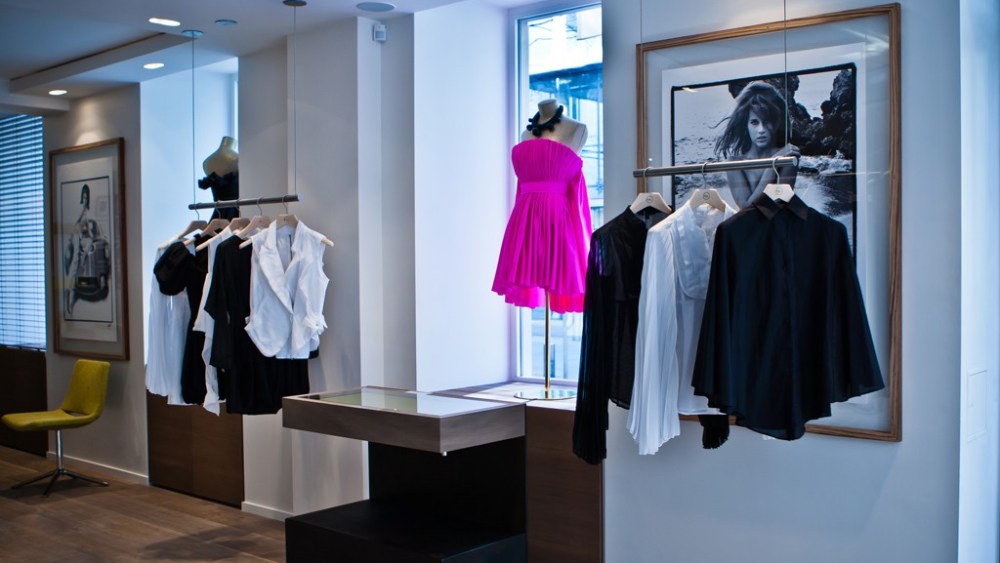 MIX AND MATCH: Paris’ new concept store N15 was feted with a cocktail party Wednesday night. The brainchild of Natalia Tooke, the 1,667-square-foot, two-level shop at 15 Place du Marché Saint Honoré in Paris’ 1st arrondissement was inspired by the Sixties and Seventies.

“[It’s] when the women wore dresses,” said Tooke.  “There was lots of glamour, lots of colors, lots of beautiful music. I just wanted to make everything happen in the same place – like pictures, clothing, accessories.”

It was key to carry Halston.

“For me, it’s an icon from the Seventies,” she explained.

“I like her selection a lot,” said Corinne Cobson, speaking of Tooke. For her part, Cobson said she has two new licenses – one for lingerie and another for luggage – and that the lines should come out this fall.

So how long had Tooke been thinking of her concept store? “All my life,” she said. “I always knew what I wanted to do.”