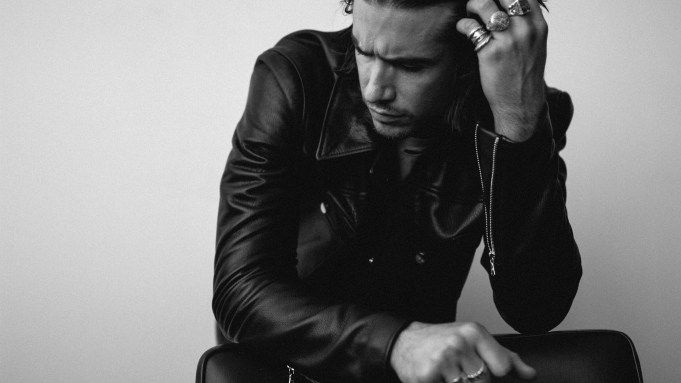 Since April, the designer has been digitally rendering her designs and developing the web site to offer an easy-to-use, customizable platform that enables her customer to design their dream jacket or pant from the comfort of their own screen. Like Halpern’s in-person bespoke process, customers can choose the base fabric and color of their jacket and customize every detail, from hardware and lining colors to additional lace-up, fur collar or belted details. The brand’s new e-commerce site offers thousands of combinations of designs, whereas the old web site only offered a selection of 25 to 30 styles.

“I think that the try-at-home was our first tip-toe into merging digital with bespoke, and now with this, we’re nailing it…it’s layering components together. To allow people globally to understand what we’re doing, this has to exist,” Halpern described during a preview, adding, “It’s more than just online, it’s a tool for language around this. When you talk custom, the sky’s the limit.”

To perfect the fit, the designer gives customers the option to add on her original try-at-home format to the digital customization; only tacking on an estimated one week to the brand’s usual four- to six-week production timeline per jacket.

Since its launch in 2016, Halpern’s women’s designs — rooted in female empowerment — have been sought after by both women and men; due to requests over the years for men’s jackets combined with a redesigned web site, the designer decided this was the right time to launch newness.

“With our women’s jackets, all are named after women who have changed the world. And our mission has always been empowering women, so when we were trying to figure out how to name the jackets, we looked at a lot to find men whose life mission was also to empower women,” Halpern described. While designated as men’s wear, her four new base silhouettes come in classic, oversize unisex-appealing shapes — moto jacket, café racer, leather overshirt and bomber — and start at $1,100, slightly higher than her women’s entry price (a vest starting at $845) due to the more substantial and hearty leathers, developed specifically in France, used in the larger silhouettes. Each of the core styles are named after men who have worked toward female empowerment such as Parker Pillsbury, Frederick Douglass and Nelson Mandela. To drive her focus home, portions of September’s sales will be donated to a women’s organization.

“I wanted to make it loud and clear that our focus is still empowering women,” Halpern said, “but the backup guys can have cool jackets. too.”

In addition to men’s wear, the designer is expanding her women’s wear silhouettes with bespoke leather pants — offering on-trend customization on the rise, length, leg shape and closure as well as specific details — zippers, pockets, lacing and more starting at $370.

NYFW Spring 2020: What to Expect at New York Fashion Week in September

Bridget Foley’s Diary: Zac Posen – To Every Spring There Is A Season