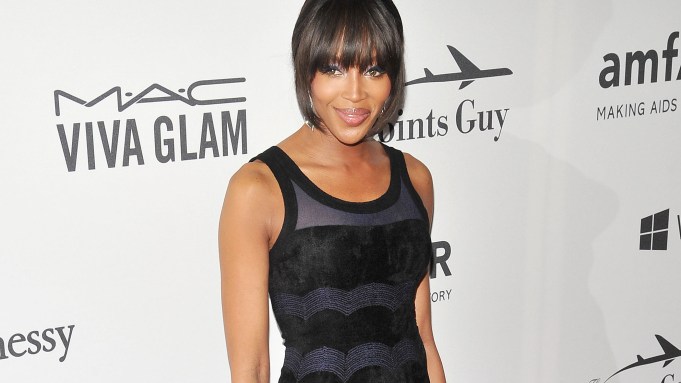 One thing that is a total certainty about the amfAR Inspiration gala — it’s sure to get a million models (and plenty of monied donors to appreciate them). Perhaps it’s Leonardo DiCaprio’s closeness to the cause, but at nearly every amfAR blowout, the ratio of model to mere mortal seems 10 to one. Thursday night’s bash was no different, with Victoria’s Secret models Josephine Skriver, Lindsay Ellingson and Valery Kaufman dotting the starkly black room in Moynihan Station (DiCaprio, of course, was also present).

But the model soaking up most of the spotlight was Naomi Campbell, along with Louis Vuitton men’s wear designer Kim Jones. “There’s a long way to go,” Campbell said, concluding her heartfelt speech. “This is not the end. It’s not even the beginning of the end. But perhaps it’s the end of the beginning.”