The charity event in London featured a celebrity fashion show and auction. 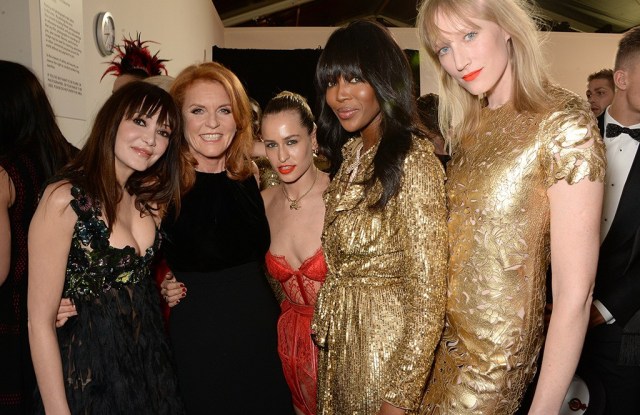 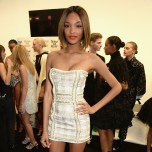 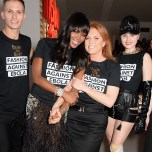 DEFYING GRAVITY: “Tonight has been incredible and I am so thankful to everyone who has been involved to make the show such a brilliant success,” supermodel Naomi Campbell said after opening the Fashion For Relief show Thursday night in London wearing a gold Burberry coat.

The charity event to raise funds for the fight against Ebola saw Campbell’s celebrity friends including Jourdan Dunn, Georgia May Jagger, the Duchess of York, Daisy Lowe, Rupert Everett and Dame Vivienne Westwood all take to the catwalk to model designer pieces donated from international fashion houses from Givenchy and Azzedine Alaia to Stella McCartney, Balmain, Marchesa and Versace.

Ella Eyre performed her single “Gravity” and the event also included an auction where attendees bid on lots such a Tracey Emin artwork, a Bulgari watch, and a dress by Alexander McQueen.

Everyone donned black “Fashion Against Ebola” T-shirts atop their designer threads for the finale, where Campbell and The Duchess exchanged kissed. Westwood was carried down the runway – legs akimbo – by her husband Andreas Kronthaler and model Rob Evans.

Campbell launched the Fashion For Relief charity initiative in 2005 to help those affected by Hurricane Katrina and has since raised more than 5 million pounds, or $7.7 million at current exchange, for victims of natural disasters including the Japanese tsunami of 2011.