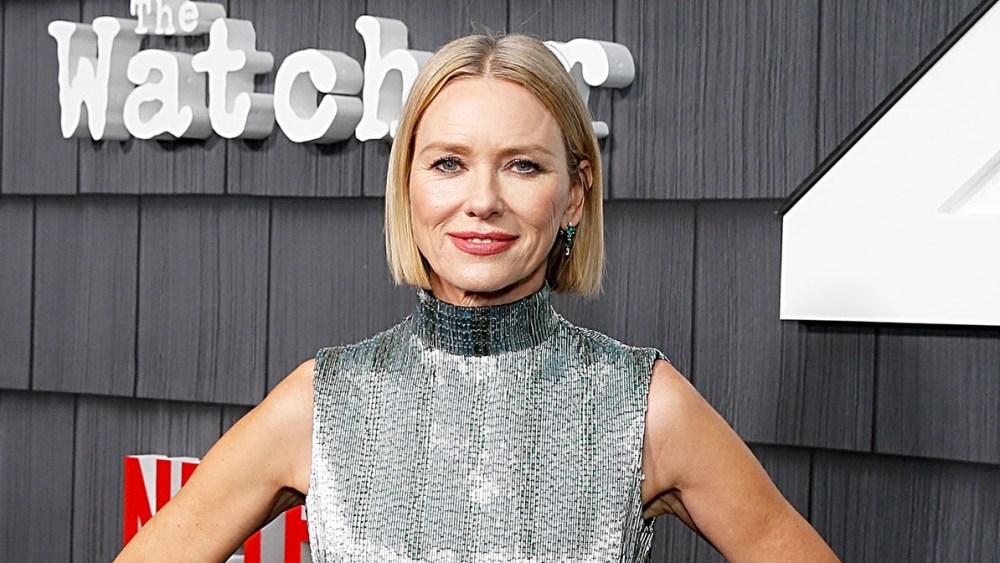 Naomi Watts made a sparkling arrival on the red carpet for the premiere of her Netflix series “The Watcher” on Wednesday in New York.

Watts coordinated the look with a pair of metallic green pumps from Gianvito Rossi and accessorized with several rings and green stone earrings.

Watts went for a classic and natural makeup look with a pink lip, rosy blush and light eye makeup with mascara.

In addition to promoting “The Watcher,” Watts is also making the media circuit rounds to promote her new skin care line, Stripes. The actress appeared on “The Drew Barrymore Show” on Tuesday to give Barrymore a menopausal facial massage. Stripes officially launches on Oct. 18. This marks Watts’ second foray into beauty after she cofounded clean beauty retailer Onda Beauty in 2014.

“The Watcher” premieres on Netflix on Oct. 13. In addition to Watts, the limited series by Ryan Murphy also stars Bobby Cannavale, Jennifer Coolidge and Mia Farrow. The dramatization is based on a true story about a married couple who purchases their dream home and starts receiving ominous letters and sinister threats. Watts is also set to star in another Ryan Murphy series, “Feud: Capote’s Women,” debuting in 2023.