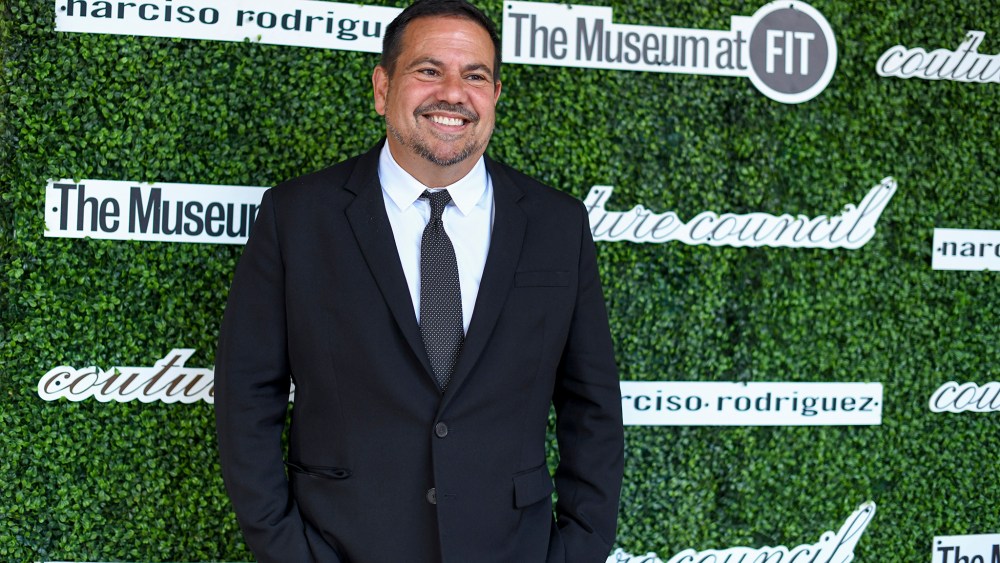 NEW YORK — Narciso Rodriguez is coming off the most stress-free summer he’s had in 20 years. That’s because he showed his spring collection in June and didn’t have to spend the month of August preparing for New York Fashion Week, which officially starts Thursday.

“Every July, I would get melancholy. August means you’re in the office with everyone else at the beach,” said Rodriguez, who was honored Wednesday by the Couture Council of the Museum at the Fashion Institute of Technology with its Award for Artistry of Fashion. Instead, he got to spend much of his summer on Martha’s Vineyard taking his 15-month-old twin boy and girl to the beach, and now he’s free until December.

“I changed it [his schedule]. It’s been bothering me for years, and it’s right for my business,” Rodriguez said. But it hasn’t been all stress-free. “There was such separation anxiety,” he said about his return to work Tuesday and saying goodbye to the twins.

The designer told WWD he was very honored to win the award and was so pleased that the Couture Council recognized his work and his career. “What a year it’s been,” said Rodriguez, who also won the Geoffrey Beene Lifetime Achievement Award from the Council of Fashion Designers of America in June. “I’m very grateful for each one. I never placed a great deal of importance on awards, but it’s really great to be recognized among your peers. It means so much.”

In accepting the award, an emotional Rodriguez thanked his parents “who worked so hard as young immigrants so that I could have the opportunity to succeed.” He said he learned so much from people he admired such as Donna Karan and Calvin Klein, for whom he worked before starting his own firm. He thanked his dedicated staff, his husband and “my two beautiful children.”

Among those who came out to support Rodriguez at the David H. Koch Theater at Lincoln Center were Jessica Seinfeld, who presented him with the award, Martha Stewart, Arthur Elgort, Josie Natori, Deirdre Quinn, Dr. Joyce F. Brown, Ralph Rucci, Bronson Van Wyck, Yaz Hernandez, Olivia Palermo, Stephanie March, Joan Hornig, Glenda Bailey and Steven Kolb. The event succeeded in raising $850,000 for the Museum at FIT, which is the only museum in New York dedicated exclusively to the art of fashion.

Valerie Steele, director of the Museum at FIT, noted that Rodriguez epitomizes artistry in fashion and creates body conscious clothing that puts the focus on the woman. “It never tries to upstage her with something too outre,” she said.

She said this event pays for the exhibitions and the public programs. “Without the Couture Council, I couldn’t borrow clothes from the Yves Saint Lauren Museum for the ‘Pink’ show,” for example. On Friday, FIT will open “Pink: The History of a Punk, Pretty, Powerful Color.” Steele said she couldn’t afford to fly clothing over from museums without this fund-raiser. “All of our programs are free,” she said.

Steele said next February, FIT will present “Exhibitionism,” which traces 50 years of exhibits at FIT.

With summer behind them, guests are gearing up for a busy fall ahead. Quinn, chief executive officer of Lafayette 148, said her staff is adjusting to its new offices at the Brooklyn Navy Yard, where it moved two weeks ago. “It’s so good,” she said. “Taking the company from seven floors to one floor has completely transformed everything.” Of course, that one floor won’t save anybody any steps — it’s 60,000 square feet. Quinn said she’s getting ready to take a trek to El Camino in Spain at the end of September with a group of friends, including Marigay McKee.

Seinfeld said she was excited to be back in the fall swing of things. “It’s my first outing, and it’s very extra, as my kids would say,” she said.

In presenting the award to Rodriguez, Seinfeld called him “such an authentic human designer and is somebody who stands alone in his class.” She said Rodriguez introduced her to fashion when she got married. FIT is also a special place to Seinfeld, whose grandmother started the placement office there many years ago.

Seinfeld said Rodriguez’s clothing gives women confidence. “He has always shown such respect for the intelligence of women, and he has always understood the strength women need in this world, especially today. He designs with integrity, with ingenuity, for longevity and elegance and simplicity,” she said.

Asked what brought her out to the event, Stewart said, “Fashion, fashion and more fashion.” She said her clothing line is selling out on QVC “and I come for inspiration.”

“I love FIT and I have had Narciso on my show. He’s fabulous,” Stewart said.