The business and philanthropist was among guests at Dior’s show on Tuesday. 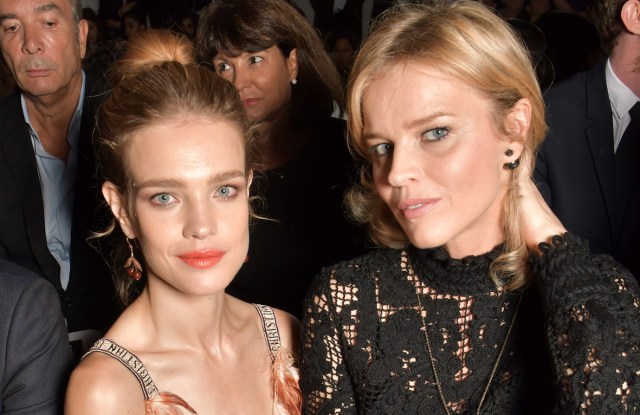 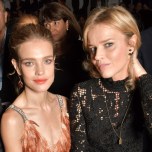 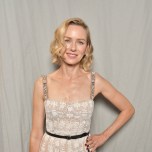 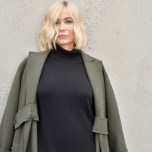 CAVE WOMEN: Marking a show set coup, a vast cave greeted guests to the Dior show on Tuesday, set in the grounds of the Rodin Museum. The cave was decorated with mirror fragments on the inside and on the outside sported an inscription of a quote by French-American artist Niki de Saint Phalle themed around tarot cards.

Dressed in a brown feathered Dior gown and cherry earrings by Russian designer Petr Aksenov, Natalia Vodianova said she had tried tarot readings “a couple of times just for fun” but never takes predictions of the future seriously. “I actually prefer to avoid it as much as possible because it can create a lot of anxiety and expectation, and I’m not about that, I’m all about hard work,” said the model, philanthropist and entrepreneur.

Vodianova is preparing for her annual Fabulous Fund Fair fundraising event for her Naked Heart Foundation in New York in October. The event will be in partnership with amfAR and art-directed by Jeff Koons. So what will her costume be? “Something Jeff Koons-inspired, of course, something vinyl and shiny. I’ll be Jeff’s ‘Balloon Venus,’” she said.

Fortune telling isn’t Eva Herzigova’s thing either, though the evergreen model does believe “in the energy of the universe.”

“And that the constellations and the planets are very powerful,” she added as Winnie Harlow glided by in a twinkling jumpsuit.

Towering over the guests, Karlie Kloss said she’d be willing to give it a go. “Hypothetically,” she said, adding: “I’ve never had one done, but I love to hear about how Monsieur Dior was very interested in tarot cards. What was his star sign, again?”

The show’s star guest, Naomi Watts, who spent the summer in Prague and Europe filming Claire McCarthy’s “Ophelia,” billed as a re-imagining of “Hamlet” told from Ophelia’s perspective, also proved a little skeptical at tarot cards.

“I’ve had one reading before but not for a long time; maybe I’m due,” said the actress. “I believe in intuition and that people can be perceptive in that way. It’s whether you’re open to receiving it, and sometimes you’re not.”