Costume designer Madeline Fontaine discusses re-creating one of the most recognizable outfits of all time. 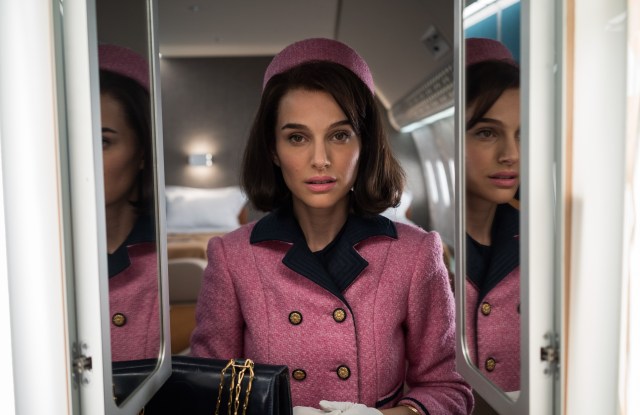 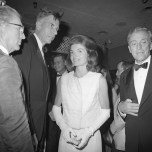 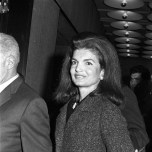 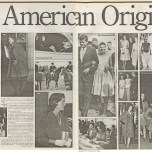 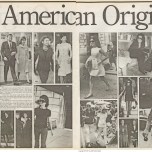 Although it wasn’t produced at 31 Rue Cambon, Chanel gave its stamp of approval to the pink wool suit that costume designer Madeline Fontaine created for Natalie Portman in “Jackie.” “Once they saw the finished product, Chanel gave us the correct buttons, chain and label from the period,” said Fontaine. “It was a nice acknowledgement of our work.”

Of course, taking on one of the most recognizable outfits of all time is no easy task, but Fontaine had plenty of photographic references to work with (the original suit that Jacqueline Kennedy wore the day JFK was assassinated remains sealed at the Smithsonian until 2023).

She even found the fabric house that produced the original wave-patterned wool; Chanel was its first client. The textile company offered to make more for the film, but there wasn’t enough time to allow for screen testing the various shades of pink, so Fontaine sourced another version in Paris.

While the costumes that get the most screen time are the iconic suits — the pink Chanel, the black funeral ensemble and the two-piece outfit Kennedy wore for her televised White House tour — Fontaine did get to imagine a few costumes.

In one such scene, Portman’s Jackie puts on and takes off various dresses and gowns as she wanders her private White House quarters alone. Fontaine calls the scene “Jackie changing skins. She’s trying to find her way back to herself.”

Fontaine also used her imagination for a pale green gown that the first lady wears during a private concert by Pablo Casals, and the casual top and pants she wears in Hyannis Port for her Life magazine interview.

The Paris-based Fontaine believes that Jackie’s love of French couture was so great that she would have gone directly to Dior, Chanel and Balenciaga for her clothes had White House protocol allowed it. Instead, Oleg Cassini interpreted these looks for the first lady, and his designs went on to become among the most copied of the era.

Fontaine predicts the sleek silhouettes of the Sixties will make a resurgence now that “Jackie” is in theaters, noting, “We find this period again and again in fashion — the high heels, the length of the skirt and the proportions — because it respects a woman’s body.”

To see the other actresses who have played Jackie, click here.