The London-based designer toasted the opening of her new Mayfair store with traditional Ukrainian food, furniture made from fabric off-cuts and eco-cutlery.

Natasha Zinko with her son, Ivan

STEP UP: Think pink — and green — was London–based designer Natasha Zinko’s motto when she was planning her Mayfair store opening.

The Ukrainian-born designer has been a sustainability advocate, working with increasing amounts of deadstock, shutting her store to join the environmental strikes in London and favoring carefully edited, niche collections over ones with mass-market appeal.

She took the same approach when it came to marking the opening of her new London flagship, located on Mayfair’s Stafford Street near the likes of Acne, Victoria Beckham and the Arts Club.

She transformed the lower-ground floor into a makeshift dining room complete with bamboo plates in highly Instagrammable pastel hues, wooden cutlery, reusable straws and benches made using fabric off-cuts from previous collections — reused from the runway show she threw on the street outside her store last September.

Zinko also brought in Ukrainian chefs to give guests a taste of the foods she ate growing up. “For any big celebration, birthday, Christmas, New Year’s Eve, these are the dishes we cook,” she said, as she held court on the table and walked each guest through the menu — written on pieces of cardboard by hand. 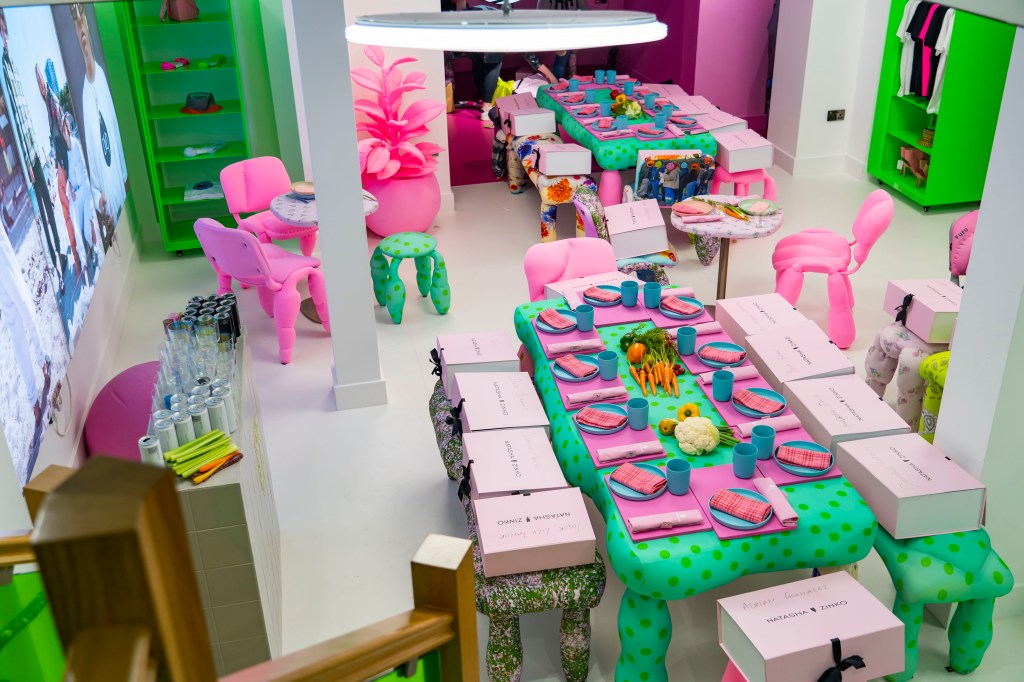 Zinko definitely sees the new space as a “clear step up,” and since the soft opening last month she’s been reaping the rewards of the higher footfall on Dover and Stafford Streets where the store is located. Her previous space was on nearby Maddox Street, although it wasn’t as visible from the street.

“People might not know the brand but they’re curious, they come in and want to find out about us. At the beginning some passers-by thought this was an art gallery and came in to place orders for the furniture,” said Zinko who is now starting to toy with the idea of experimenting more with interiors, given the high interest on the chairs, benches and flower-shaped installations she created for the store, using fabric off-cuts.

The rest of the space, which spans two floors, features minimalist furniture in bold colors, murals on the walls and projections of images from the brand’s popular Instagram accounts, which feature Zinko with her 12-year-old son Ivan, who is also the mastermind behind the company’s fledgling men’s wear line Duo.

“Ivan is becoming more and more involved, he’s getting more mature and we’re always designing together. Production always has to wait for him to finish school to make the final decisions,” said Zinko, who is also rethinking her show and collection formats for next year, in a bid to achieve a “quality over quantity” approach. 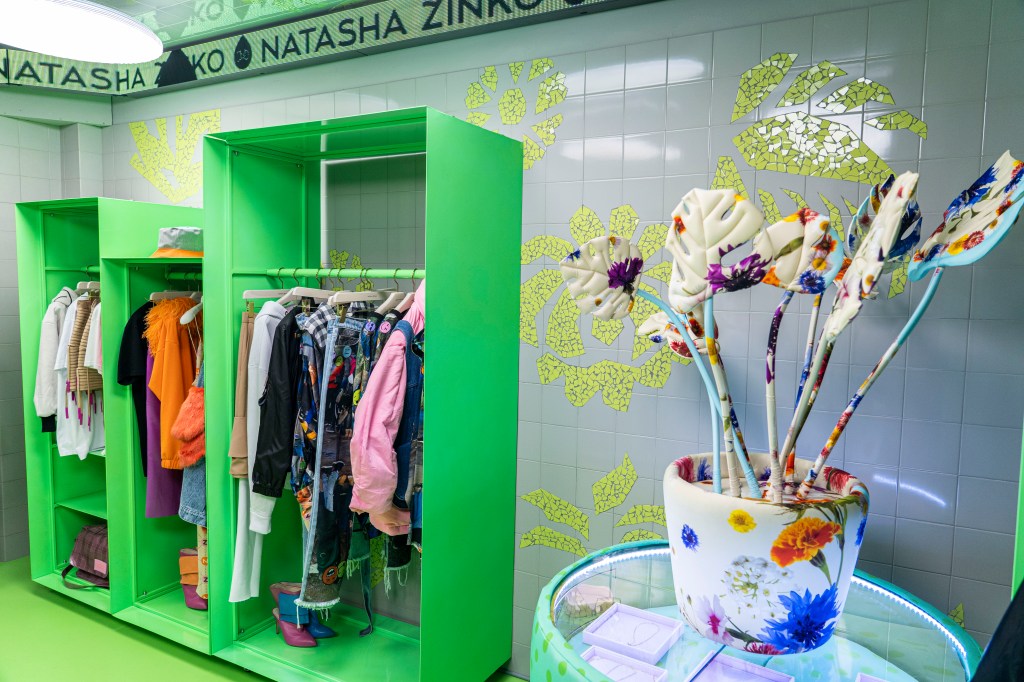