The masks feature logos from all 42 teams as well as the leagues.

The leagues, in partnership with Fanatics, their e-commerce operator, will donate the sales of the cloth face coverings to Feeding America in the U.S. and Second Harvest in Canada.

“As a global community, we can all play a role in reducing the impact of the coronavirus pandemic by following the CDC’s recommendation to cover our nose and mouth while in public,” said Kathy Behrens, NBA president for social responsibility and player programs. “Through this new product offering, NBA and WNBA fans can adhere to these guidelines while joining in the league’s efforts to aid those who have been directly affected by COVID-19.” 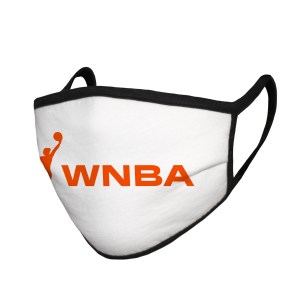 The face coverings, manufactured by FOCO and Industry Rag, will be available on NBAStore.com and WNBAStore.com and feature both league logos as well as those for all 30 NBA and 12 WNBA teams. They are being sold in adult and youth sizes, and will sell for $24.99 for packs of three for the FOCO masks. Industry Rag’s face coverings are packaged individually for $14.99.

Industry Rag will also donate one face covering for every one purchased to Feeding America and Second Harvest in Canada while FOCO will make an additional donation to support the two organizations’ efforts. Select NBA and WNBA teams will also participate, donating 100 percent of proceeds from team e-commerce sites to the two non
profit organizations to benefit affiliated food banks in their respective cities.

“The COVID-19 pandemic has upended food bank operations, causing shifts in distribution models and volunteer opportunities,” said Katie Fitzgerald, executive vice president and chief operating officer at Feeding America. “We are grateful to the NBA, WNBA and Fanatics for this partnership that will support food banks with funds but also with much-needed face coverings to keep their staff, volunteers and neighbors in need safe.”

“In Canada, we have seen the need for access to good food more than double since the pandemic began, and there are thousands of people working on the frontlines to feed people during this crisis. Their health and safety are vital to ensuring that no one goes hungry,” said Lori Nikkel, chief executive officer of Second Harvest. “These face coverings are an important tool in this public health battle, and we thank the NBA, the WNBA and Fanatics for their support and Industry Rag and FOCO for matching their generosity. This support will help Second Harvest redistribute enough food to provide millions of meals to Canadians over the coming months.”

As reported, Fanatics converted its manufacturing factory in Easton, Pa., to making face masks from jersey materials that had been earmarked for Major League Baseball jerseys. Earlier this week, Fanatics founder and executive chairman Michael Rubin initiated a digital fund-raising effort called the All-In Challenge where major sports stars and celebrities pledged to donate memorabilia or experiences to raise money for food-related charities. Among those who have participated are Tom Brady, Justin Timberlake, Bill Murray, Alex Rodriguez, Drake, Ellen DeGeneres, Magic Johnson and Leonardo DiCaprio. They have donated everything from a walk-on role in a DiCaprio-Martin Scorsese film to a round of golf at Pebble Beach with Timberlake and Murray and a one-day contract to play with Mark Cuban’s Dallas Mavericks. So far, the initiative has raised over $6.5 million with a goal to ultimately raise tens of millions of dollars.

What Worked on Social Media in a Month of Coronavirus

What to Know About New Streaming Service Quibi

WATCH: Get an Inside Look at How PPE Is Made