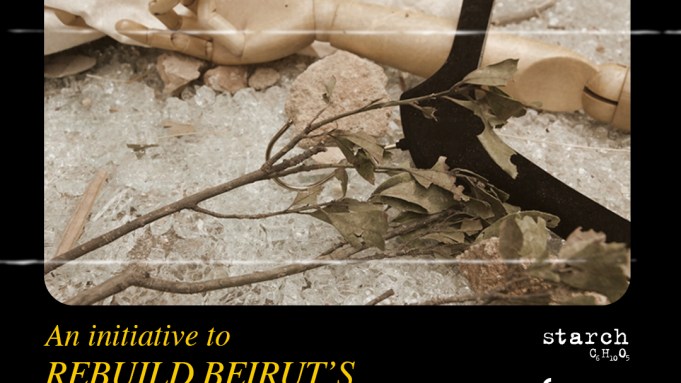 LONDON — In the aftermath of the tragic Beirut blast, a new “United for Lebanese Creatives” campaign has been launched, aimed specifically at helping the city’s independent designers and artists.

The campaign is spearheaded by the environmental foundation Slow Factory, the not-for-profit organization Starch Foundation that helps launch emerging Lebanese creatives, Fondation Saradar, Bureau des Créateurs and Maison Pyramid, a sales and communications showroom whose own Beirut offices have also been damaged by the blast.

The campaign has identified 39 designers who collectively faced damages of more than $850,000 and will receive supportive funds to help rebuild their businesses.

With showrooms and creative studios mostly located in the Mar Mikhael area — right across the city’s port where the explosion took place — the city’s designers have been amongst the worst hit, loosing the collections they’ve been working on and seeing their ateliers completely shattered.

The initiative will work alongside the affected designers to identify the exact amount of funds and type of help they need to start rebuilding their studios.

Donations will be taken online on the Slow Factory’s web site and via direct bank transfer, with organizers sharing details and looking to raise awareness across social media.