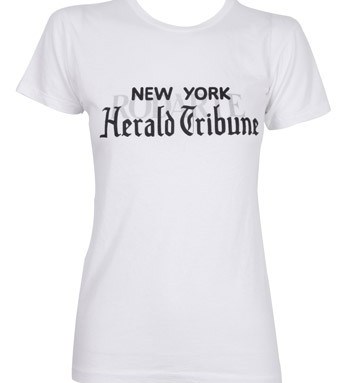 HEAVY MEDAL: When John Galliano takes his bow during Men’s Fashion Week in Paris later this month, look out for a tiny red ribbon or rosette on his lapel. On June 23, the night before the shows get under way, French President Nicolas Sarkozy is to decorate the couturier as a Chevalier of the Legion of Honor at a ceremony at the Elysée Palace. Galliano was notified that he was to receive France’s highest honor back in January 2009.

UPTOWN BOY: Zac Posen, who confirmed last month that he will be showing his signature collection in Paris for spring 2011, said Wednesday he will bow at another runway as well, this time a more local one: Lincoln Center, where he will show his Z Spoke secondary line in September. “It’s 7 on Saturday,” Posen said while unveiling his signature collection’s resort lineup, noting he had hoped to get a morning slot for Z Spoke. The secondary line, to which Posen has added handbags, will bow exclusively at Saks Fifth Avenue for the last time with resort, and will then be available at other retail outlets.

LACOSTE’S NEW FACE: Alexa Chung, the British TV presenter and fashion show fixture, will front a Lacoste women’s scent, which is to launch in January. Chung, 25, is the first female celebrity to front a Lacoste fragrance. Known for her laid-back yet fashion-forward style, she has collaborated with Madewell, and Mulberry named a handbag after her. Her television résumé includes MTV’s “It’s On With Alexa Chung” and T4’s “Frock Me,” which she presents with designer Henry Holland.

SELLING FOR TELEVISION: Reality star, stylist and QVC fashion maven Rachel Zoe showed her second fall collection for the home shopping channel on Wednesday at the Gramercy Park Hotel, proving that despite her luxe Hollywood roots the woman knows how to shill fake-fur outerwear and costume bling. “I don’t think we should dumb down the consumer,” Zoe said as she showed off a surprisingly chic fake-shearling motorcycle jacket, available in black and camel. All under $200, with some pieces — small-frame resin sunglasses, for instance — dropping below $35, the collection, which includes real leather and suede bags, skews trendy, featuring mostly coats and vests (some with furry collars) in what Zoe called “classic colors” — taupe, army green, black. Jewelry has a retro vibe and includes Gobstopper cocktail rings and a number of drapy necklaces (around $124.50). Of the challenges of producing an inexpensive collection for a mass audience, “it’s about wanting [the line] to be cohesive, relatable, but still interesting,” Zoe said. While some scarves and jewelry will be available this month, the rest of the collection will go on sale in September. And while Zoe admitted to pulling inspiration for the pieces largely from her own closet — “I’m thinking Saint-Tropez glamour,” she said, later adding, “and Stevie Nicks, who’s like my favorite ever” — she plans to expand to ready-to-wear and shoes in coming seasons.

CROWD-PLEASER: It takes a lot to pack a party with fashion folks a mere 24 hours after the CFDA Awards. Tuesday night, Francesco Clark succeeded and then some at cocktails to celebrate his memoir “Walking Papers,” hosted by Glenda Bailey, Narciso Rodriguez, Mary Alice Stephenson and The Christopher & Dana Reeve Foundation. Karolina Kurkova, Maggie Rizer, Alexandra Reeve Givens, Peter Som and Lisa Airan took turns congratulating Clark, whose memoir details his journey after a diving accident left him paralyzed at age 24. “I never thought I could write,” explained the 32-year-old, who said the impetus for his book came from a series of e-mails he sent to his former boss two years ago. At her encouragement, he started expanding on them. “I drank too much coffee and started writing.”

LIFE IS A CABARET: “I’m always up for a challenge,” says French actress — and princess since she married Emmanuel-Philibert de Savoie in 2003 — Clotilde Courau, who will take to the stage at the mythic and racy Crazy Horse cabaret in Paris this September. For the occasion, Italian designer Roberto Cavalli created four exclusive designs, one for each number the sparkling artist will perform. They include one inspired by “Chicago” and an adaptation of a Marlene Dietrich song. “It’s extraordinary, and torture,” said the 41-year-old actress, who noted that dancing has long been her first passion. Long inspired by post-war cabaret artists like Dietrich, Courau will launch her own show called “l’Insoumise” next November at another Paris venue. And this summer, she will start shooting a new Philippe Claudel movie opposite Anouk Aimée. As for those who might think she takes royal protocol lightly, she responded: “I’m a modern woman. I’ve always worked and I expect to as a wife and a mother.”

A HOME FOR A ROGUE: Alex Carlton is making good on his plans to expand direct channels for his brand, Rogues Gallery, with a new store on Cape Cod. The 900-square-foot unit, the brand’s second, is located in Provincetown, Mass., on the town’s main drag.

The inky black exterior opens on a nautical world inspired by old sail lofts. Waxed sail cloth covers the floors, oily photo collages cut from vintage National Geographic magazines line two walls — a good home for the brand’s popular T-shirts, which make use of old New England iconography. Carlton also injected a heavy dose of third-party brands: jeans from A.P.C., Quaker Marine caps, slickers from Ekla, shirts from Burkman Bros., as well as basics from the L.L. Bean Signature line, the brand’s more stylish range, for which Carlton is creative director. The merchandise mix and interior stand as a prototype for future stores, Carlton said, adding the brand would look to an urban market for its next shop. In April, the brand revealed plans to scale back the wholesale operations in order to pursue a model based on direct retail and local manufacturing.