At least for a few hours on Thursday night, the hottest ticket in South Florida had nothing to do with Art Basel Miami Beach. 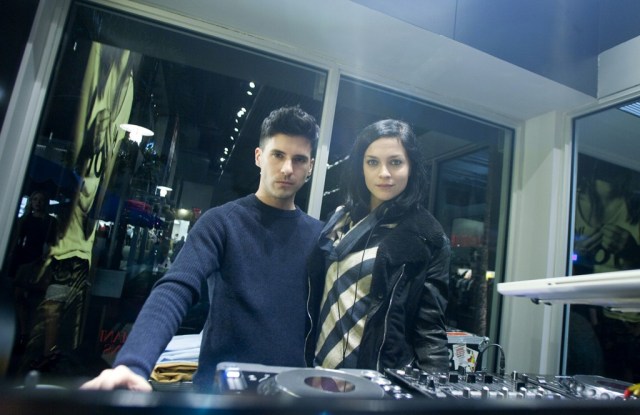 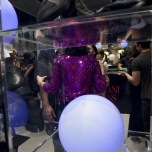 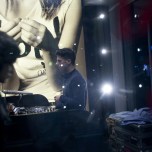 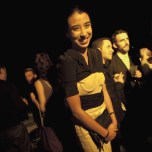 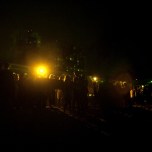 At least for a few hours on Thursday night, the hottest ticket in South Florida had nothing to do with Art Basel Miami Beach, which had officially opened earlier in the day. The New York Knicks were in town to play the Miami Heat. Kim and Kanye and Diddy were all courtside. NBA superfan and fashion-week front-row regular James Goldstein was not.

“Lebron’s people were supposed to give me a courtside seat, and didn’t,” Goldstein said a little wistfully of Lebron James as he stood just outside a tent on the sand at Soho Beach House. “And I inquired at some different places to try to get a courtside seat and didn’t get one….Then I had all these parties.”

It was 11 p.m. The game was coming to an end, but the nightlife that marks the yearly Basel convergence of art, fashion, marketing and celebrity was closer to halftime. Visionaire was throwing its annual bash at the new SLS South Beach. The Misshapes had finished a DJ set at the new Armani Jeans store on Lincoln Road a few hours earlier. At Soho Beach House, where amfAR was holding its inaugural Inspiration Miami Beach party, a large crowd of potential revelers in their Miami best queued at the entrance. Inside, partygoers — including Joseph Altuzarra, Dita Von Teese, Riccardo Tisci, Kenneth Cole and Lily Kwong — took in the works for auction while guests mingled in and out from the beach.

After the game, Kanye West and Kim Kardashian showed up at a dinner at The Webster in honor of the OhWow arts gallery’s It Ain’t Fair show, and followed with a brief appearance at the rooftop-held after party. They beat an early exit. There was Dom Perignon’s Luminous Rose launch party to get to after all. Terry Richardson stayed a bit later, gamely giving the thumbs-up for photographs. His signature pose looked game-ready for his own “Terrywood” book party, scheduled for Friday night, when the whole show was ready to go on again.