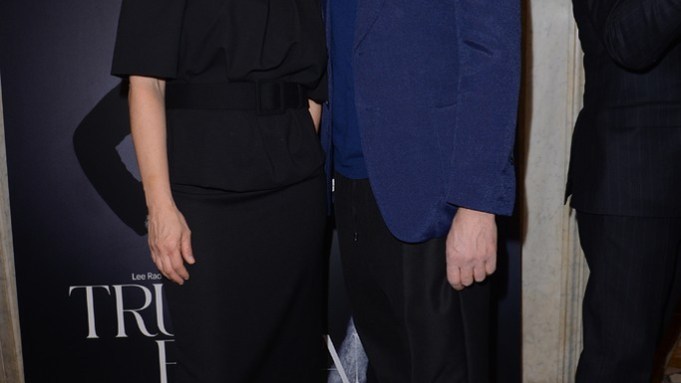 Nearby stood a giant reproduction of the issue’s cover, featuring a black-and-white photo of Lee Radziwill.

“As I get older, I’m fascinated by older women who are incredibly engaged and cool,” said Needleman. “She’s so sure of her own style and what works for her. She wouldn’t even let us dress her for the photo.”

She also stood by her controversial decision to ditch the Gothic typeface of the old magazine and replace it with a custom design by creative director Patrick Li.

“I was talking to Fabien Baron today — he’s very against it. I had reasons for doing it,” Needleman said. “That Gothic T stands for everything at the Times, and it’s so ubiquitous that I think people sometimes just overlooked the magazine.”