The initiative, which supports small and medium-size fashion designers, is slated to debut in France in March. 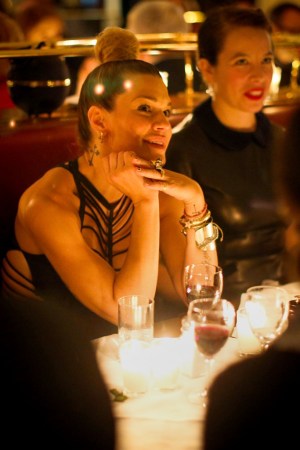 PARIS GETS MADE: New York’s Made Fashion Week, which supports small and medium-size fashion designers, is coming to Paris, with a central location for showcasing young talent due to launch in the City of Light for next Paris Fashion Week.

Made, which already this season gave financial support to seven Paris-based designers on Thursday night, hosted a dinner at storied Paris brasserie Les Deux Magots to fete the launch of the new program.

Chambre Syndicale president Didier Grumbach, who is in full support of the initiative, attended the event, along with a host of fashion influentials (including Jefferson Hack, Julie Gilhart and Jonathan Wingfield), fashion editors (such as Rika magazine’s Irina Lazareanu) and bloggers (including Susie Lau). A number of young design talents from both sides of the pond were also there, such as Damir Doma, Gareth Pugh, Bouchra Jarrar and Suno.

“Nothing really exists like that in Paris, and I think it certainly has done great things in New York. I think it’s necessary and important,” said Gareth Pugh, who is designing a bar that will be auctioned off by Elton John AIDS Foundation in November.