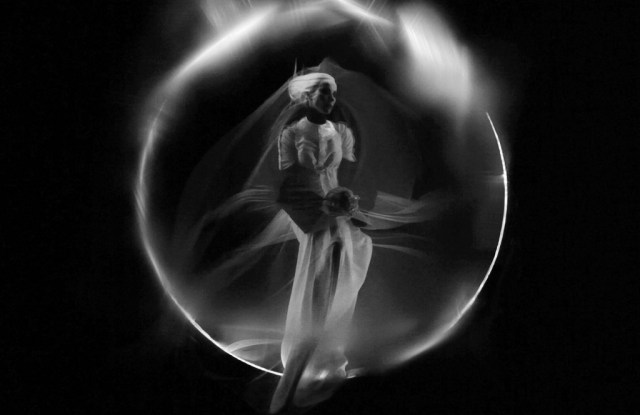 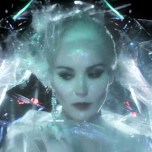 SILENT MOVIE: Parisians walking past Printemps on Monday night might have spotted Daphne Guinness, clad in silver and black, dancing on the pavement in front of the department store. The fashion icon has collaborated with photographer Nick Knight on five window displays at the Boulevard Haussmann flagship, and the pair set out to test the interactive backdrops, Knight recalled the following morning, chuckling at the thought that a security camera had probably captured the scene. The “Visions Couture” installations also feature 9-foot polystyrene sculptures of Guinness, and a soundtrack of her singing opera tunes.

“Department store windows are now becoming a really exciting space to articulate fashion,” Knight said. “One of the reasons I started SHOWstudio is that fashion can now be shown in many different ways, and actually magazines are probably the least interesting place to see it — it doesn’t move, you can’t interact with it and it’s three months out of date. Fashion stores like Printemps, Barneys, Joyce, Topshop or Selfridges are all spaces that realize that, actually, they have a very legitimate place in the fashion world.”

Knight recently shot a window display for Topshop featuring model Karlie Kloss to mark the 10th anniversary of the British retailer’s sponsorship of the British Fashion Council’s NewGen scheme. The session was live streamed on the Internet from the London headquarters of SHOWstudio, which also house a gallery and a studio. “That model I want to take to New York, and to Beijing, and to Rio, and to Moscow, and then Finishall of a sudden you have a 24-hour-a day live broadcasting channel, and you don’t have to be MTV,” he said. “The trouble is, you go to TV at the moment and it doesn’t work anymore. It doesn’t feel right, it doesn’t feel as exciting as life.”

For another upcoming project, Knight filmed instructional videos showing model Lara Stone performing Krav Maga self-defense moves — in designer heels. “When you see the training videos, there are always women in jogging trousers and trainers and a T-shirt, and actually women get attacked at night when they’re going to the opera or they’re coming back from a party,” he said. “We’re doing a series of 10 short videos: ‘How to Break a Chokehold While Wearing Prada,’ or ‘How to Stop a Man With a Knife While Wearing Saint Laurent.’ You see Lara throwing a man to the ground and taking a knife off him — it’s a fairly impressive sight.”