THROUGH THE LENS: Photographer Nick Knight — or image-maker, as he prefers to define himself — has never been one to shy away from a challenge.

Since the beginning of his decades-long career, Knight has had a number of collaborations, from Yohji Yamamoto to Lady Gaga, and all of them proved to be “a way to get a sense of somebody’s head, to get inside a person’s mind. Collaboration is the joy in being able to see the light in someone else’s eyes.”

Yamamoto was his first important collaboration; Knight was 26 at the time and “completely endorsed his way of life.” The Showstudio founder recalled that time during a talk hosted last night by Sarabande, the London-based foundation named after Alexander McQueen’s 2007 spring collection which provides scholarships to students as well as housing artist studios at its headquarters for designers, artists and jewelers. Former Sarabande’s scholars include designers such as Molly Goddard and Liam Johnson.

For his first Patron event at Sarabande, Knight was in conversation with writer and creative consultant Mimma Viglezio, where he dished on his years of collaborating across the creative industries, how to discover new talents and Kim Kardashian’s highest merit.

“Gianni Versace asked me to work with him and I said no,” said Knight while still recalling his collaboration with Yamamoto. “You’ve got to do what you feel, and Yohji seemed to me a designer who is doing something that I wanted to do. I think it’s a relationship.”

“I’d seen all young designers, people like Mugler or Montana, Saint Laurent, I just didn’t like how they portrayed women. I thought it felt a bit oversexualized; Yohji and Rei Kawakubo come along and all of a sudden they are showing in a completely different way. They’re showing that women don’t have to use their bodies to express themselves. It’s much more about intellect and a much more poetic take on it,” he said.

“John Galliano is a very romantic man, he would send a bunch of flowers every time I would do an editorial for him,” said Knight who met the Maison Margiela designer in his early London days at a club called Taboo, where Leigh Bowery used to perform. He went on to work closely with him during his tenure at Dior: “John was very brave. We did a campaign where he covered Angela Lindvall in kind of like car grease. I remember when the campaign was released and to his credit, Bernard Arnault who ran LVMH at the time, supported John Galliano. It was a risk to take, he did that campaign worldwide and apparently the Japanese part of Christian Dior was asking when they would get pots of black grease to put on. Sadly it didn’t get commercialized I think.” 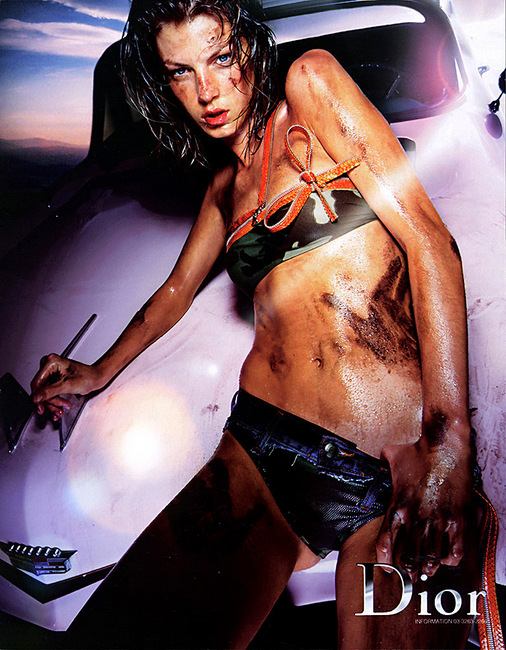 Knight met Alexander McQueen at a party, where the designer was sitting in a corner, with a “grumpy” expression on his face said Knight, and from then on they kept collaborating until the designer’s death. Unlike Galliano, who while brave had to respect the narrative of a house such as Dior, McQueen was more willing to experiment with new things.

“He would come to me and say ‘I want to photograph a girl floating in a sewage.’ I start to go ‘OK Lee, maybe not a sewage because that would be a bit not good.’ He said ‘OK sun oil?’ I said, ‘actually sun oil won’t be good either.’ So I said ‘Maybe you can put her in a trench of molasses,'” Knight recalled.

“Those were the sort of requests he’d come to me with, which would excite me. It makes it kind of a refreshing challenge,” he added.

And through McQueen, after his ‘Plato’s Atlantis’ show, which happened to be the first fashion show to be live-streamed online and also the designer’s last, Knight met Lady Gaga and started working with her. An “exciting” personality, one who “presented fashion to the world in a very different way.”

Knight collaborated with Gaga to create ‘Born This Way,’ the video for the first single from her second studio album. Shot in early 2011 in New York, it took days and proved one of the most challenging situations Knight has found himself in: “It was in New York, in January, there was no sanitation, we were in a warehouse by the Hudson River and it was freezing.”

Once a picture editor at i-D magazine and now an avid Instagram user, Knight particularly loves to discover new talents through the platform and thus initiate collaborations. That’s how he met Caitin Stickels, a model who was born with Cat Eye Syndrome, a rare genetic disorder, and whom he recently shot for V magazine.

“She has an incredible beauty, she would do everything to make the clothes incredible,” he said.

For two years they talked on Instagram and got to know each other, then finally the opportunity to collaborate arose.

It wasn’t easy to convince stylists and editors to publish the images though; “A magazine editor said ‘Anybody but her,'” said Knight without naming names, but eventually the shoot was featured in V Magazine. 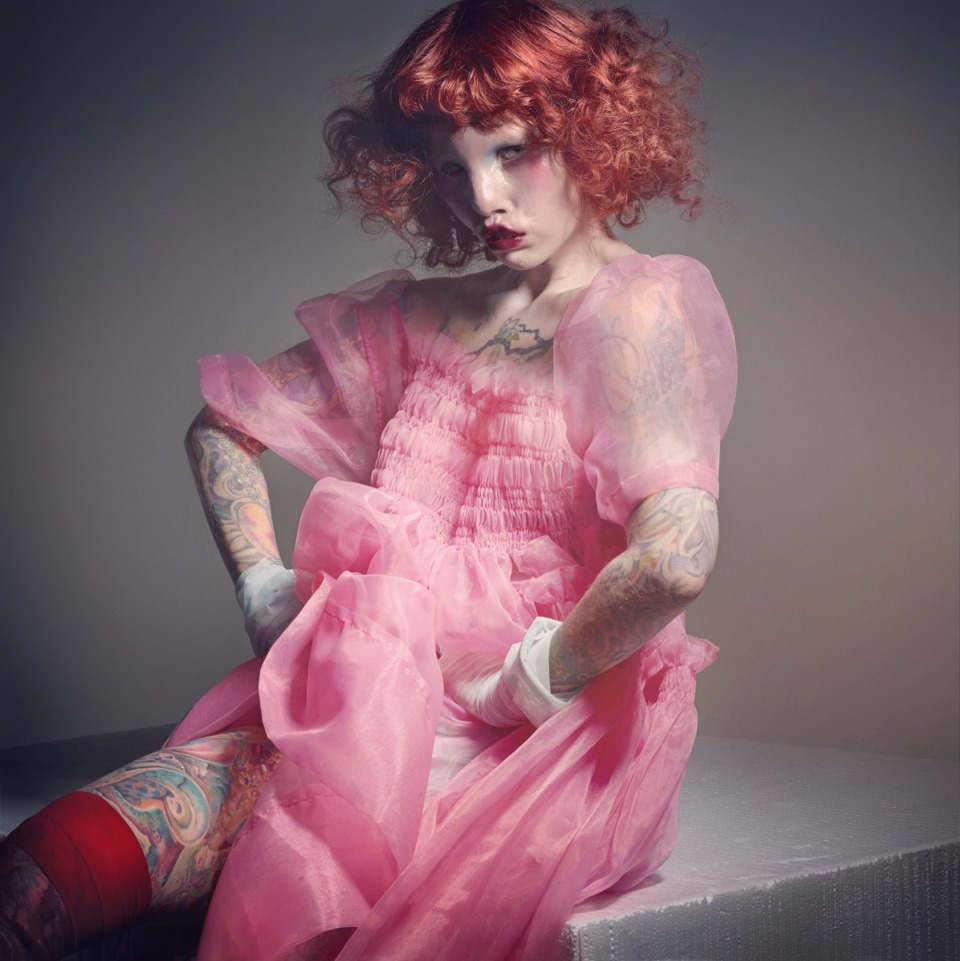 Knight has been a long-time advocate for inclusivity in fashion, speaking out publicly in regards to the French law on thin models and calling out the industry on its lack of diversity: “The problem is that we only show one sort of woman, so instead of saying, ‘models cannot look like this’, let’s look at including girls who are more curvaceous as well. They must also be of different age, body weight, and race,” he told WWD at the time.

And here’s where Kim Kardashian comes into the picture: according to Knight, she completely changed body shape standards but most importantly presented an alternative to a more curvaceous body. “I’m not saying it’s good or bad, I’m just saying it’s different.”