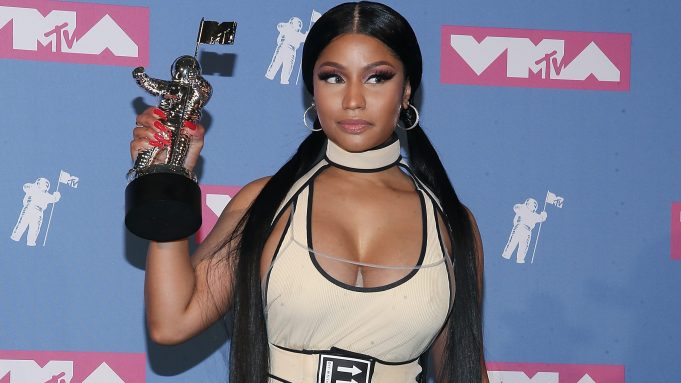 Nicki Minaj’s legacy will be honored at the 2022 MTV Video Music Awards.

The award-winning rapper and actress will receive the Michael Jackson Video Vanguard Award, also known as the Lifetime Achievement Award, which honors the recipient’s famed performances, hits, as well as “outstanding contributions” to music video and popular culture.

“Nicki has broken barriers for women in hip-hop with her versatility and creative artistry,” Bruce Gillmer, president of music, music talent, programming and events at Paramount said in a statement. “She has shifted the music industry and cemented her status as a global superstar with her crossover appeal, genre-defying style and continuing to be unapologetically ‘Nicki.’”

Previous recipients of the Vanguard Award include Jennifer Lopez, Madonna, Missy Elliott, David Bowie, The Beatles, Rihanna and Janet Jackson, among others.

The rapper will also take the stage to perform at the VMAs for the first time since 2018. Throughout her career, Minaj has been nominated 17 times and is a five-time VMA-winner.

Her anticipated upcoming single, “Super Freaky Girl,” which has emerged as one of the most popular sounds on TikTok as of late, will be released on Aug. 12, a few weeks before the awards show on Aug. 28.

Anitta, J Balvin, Marshmello, Khalid and Panic! At The Disco have also been tapped to perform for the night. Additional performers will be announced soon, according to MTV.