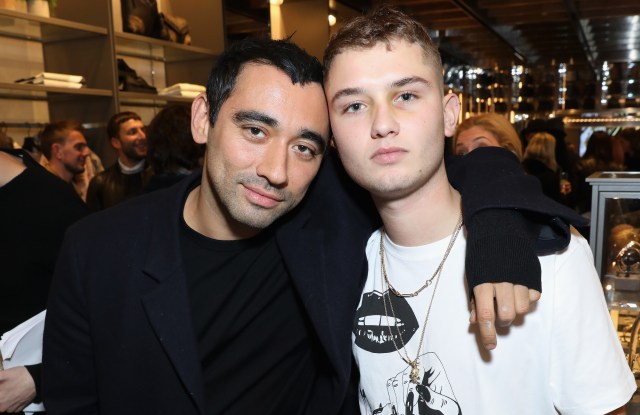 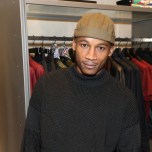 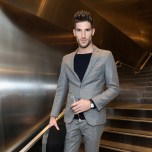 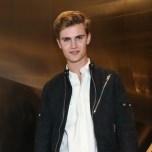 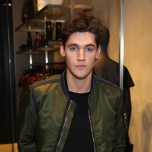 FORMICHETTI’S FORM: It’s been a busy week for Nicola Formichetti. On Wednesday, he was at the Victoria’s Secret show at the Grand Palais in Paris, for which he had created the 12 looks in the Pink section of the show. On Thursday, in his role as creative director of Diesel, he hosted the opening party for the brand’s flagship in Knightsbridge.

This, after trips to Venice, Milan, New York, London and Paris, all in the last week. He has one more trip to Italy planned for next week before he heads home to New York. His secret to calming down? Meditation.

“I did transcendental meditation for about a year, but then I went back to my original method, which is a breathing technique. You just focus on the nose, on the air in and out. I do it in bed for about 10 minutes morning and night because you feel weird when someone else is around. Then, when I’m stressed or traveling a lot, I’ll also meditate during the day.”

Rafferty Law, playing DJ for the night, has an almost comparably hectic schedule.

“I shot the Dolce & Gabbana ready-to-wear campaign in Capri last month, and I am getting ready to launch my own brand early next year,” he said. “It’s called Something to Hate On, or SHO. We’re looking to make it into a brand-slash-record label that provides a creative platform for young kids my age to promote their art or music. So they can make clothes and sell them on our web site or play at our nights, which will be like art exhibitions or events where we play our music as well.”

Among the other guests were “Made in Chelsea” regulars Oliver Proudlock and Rosie Fortescue, Royal Ballet soloist Eric Underwood, DJ Naughty Boy, models Sam Harwood and Isaac Carew, boxer Ryan Barrett and singer-songwriter Connor Maynard, who has a single coming out before Christmas.

“I’m actually appearing on a song by [rapper] Ty Dolla Sign,” said Maynard. “It’s not a Christmas carol, which is weird, because it’s dropping online on Dec. 16, actually I’m nervous about the timing. In fact, I wish it was, because then I could make royalties every single year.”