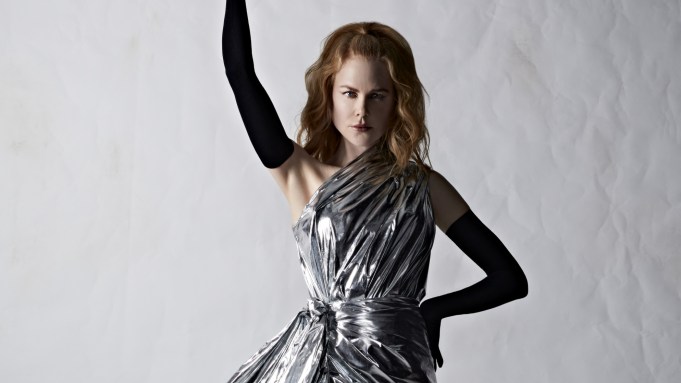 Nicole Kidman was among the many stars who walked at Balenciaga’s fall 2022 couture runway show.

The Oscar-winning actress was tapped by Balenciaga creative director Demna to model in his second couture show for the design house. Kidman walked the runway wearing a silver, light-reflecting one shoulder gown featuring a lengthy train. She paired the gown with black opera gloves.

Kidman was among the many stars who walked Balenciaga’s runway. Other celebrities and models who helped unveil the collection included Kim Kardashian, Dua Lipa, Naomi Campbell and Bella Hadid, among others.

On Instagram, Kidman gave a behind-the-scenes look prior to her walking the show. She posted a video of herself dressed in the Balenciaga couture dress waiting her turn to walk the runway.

She also posted a second video of herself backstage with Campbell.

Prior to the show, Kidman was seen outside the Balenciaga salon alongside husband Keith Urban where she was wearing a black Balenciaga blouse paired with a black leather skirt. The couple posed for photos together before making their way inside.

Balenciaga is Opening a ‘Couture Store’ in Paris