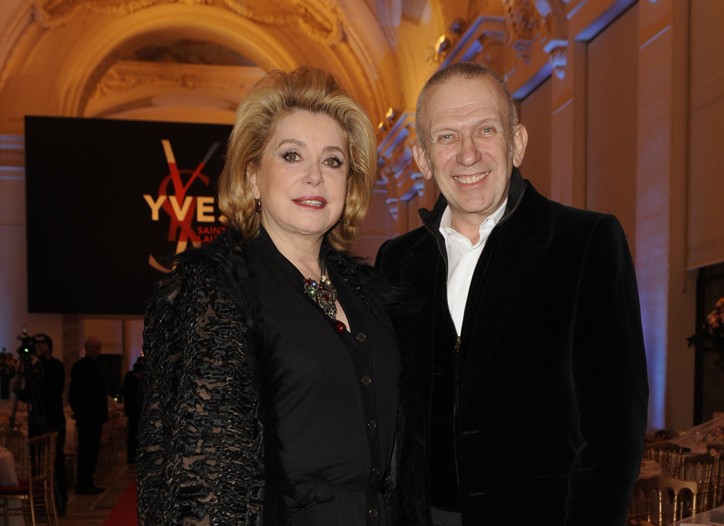 Pierre Bergé’s private dinner for the opening of the massive Yves Saint Laurent retrospective at the Petit Palais Tuesday was a who’s-who of a certain fashion era and drew designers including Jean Paul Gaultier, Sonia Rykiel, Kenzo Takada, Valentino, Alber Elbaz and Bergé’s current favorite, Riccardo Tisci of Givenchy, whose show Bergé attended earlier in the week. Conspicuously absent was the current holder of YSL’s creative reins, Stefano Pilati. Bergé has made no secret of his intense dislike for Pilati’s predecessor, Tom Ford, and has since maintained arms-length relations with the firm, which is owned by PPR’s Gucci Group unit. A more democratic opening cocktail was held Wednesday night, although some visitors had to wait for more than an hour in the bitter cold to squeeze inside the packed exhibition.

“I’m impressed by the turnout,” said Peter Marino, who skipped the queue. “I’ve got a French museum pass now that I’m working across the street,” explained the architect, who is designing the upcoming “Les Lalanne” exhibit at the Musée des Arts Décoratifs.

Inès de la Fressange marveled at bourgeois classics like bow blouses and military-inspired jackets. “I hope this is going to influence fashion and that elegance will make a comeback,” she said. “I wish Nan Kempner were still around.”

Olivier Theyskens elected someone closer to home. “My mother,” he said. “My mother in Yves Saint Laurent wearing Opium is one of my favorite childhood memories.”