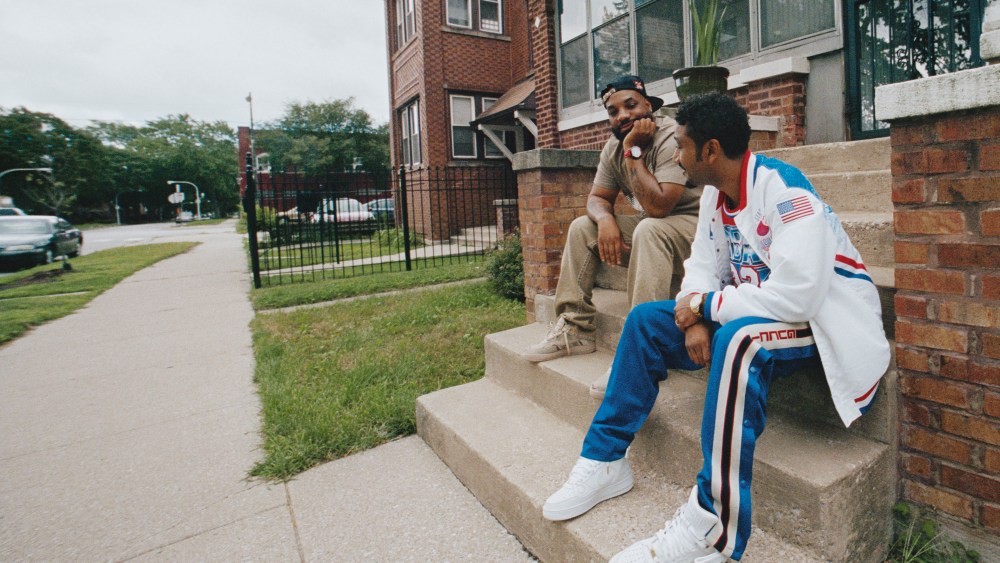 A Nike original just got a new spin with the help of some big names from the worlds of music, fashion and art.

Nike’s celebrating the 35th anniversary of its Air Force 1 with a series of collaborations with Off-White, Roc-A-Fella, Just Don, Travis Scott and Errolson Hugh of contemporary brand Acronym dubbed the AF100 collection. Select press and influencers caught a preview last month of the collection when Nike hosted a special daylong event dubbed The Ones, paying homage to the Air Force 1 by bringing along pieces from the Air Force 1 archive, offering shoe customizations for attendees that day and also previewing its collaboration with Riccardo Tisci announced earlier this month.

“There is no other shoe that connects to sport, music, fashion, art, the street and the city all at the same time,” said Nike sportswear senior creative director and lead designer Al Baik of the shoe. “The most ubiquitous Air Force 1 is the white-white. For the 35th anniversary, we selected collaborators who are impacting future generations across culture. Their brief was filtered through the white-white lens.”

The collaborators, Baik went on to say, were charged with the task of keeping the shoe recognizable while also weaving in their own personalities and respective industries.

Off-White founder Virgil Abloh’s shoe is the first of the collaborations to hit the market Nov. 4, with the designer’s aim of taking the shoe as he described it and “editing it, but not editing it too far to where it becomes something else.”

The Air Force 1 ’07 Off-White by Virgil Abloh includes a silver Nike swoosh sign with the words “Off-White for Nike” behind the athletic giant’s logo. The shoe will only be available at the upcoming ComplexCon music, art and streetwear conference extravaganza taking place in Long Beach next month.

The remaining styles from the AF100 collection, following the Off-White release, are to be sold through Nike’s SNKRS app and select retailers. Roc-A-Fella is set for release Nov. 30, Just Don on Dec. 1, Scott’s collaboration Dec. 2 and Acronym Dec. 3.