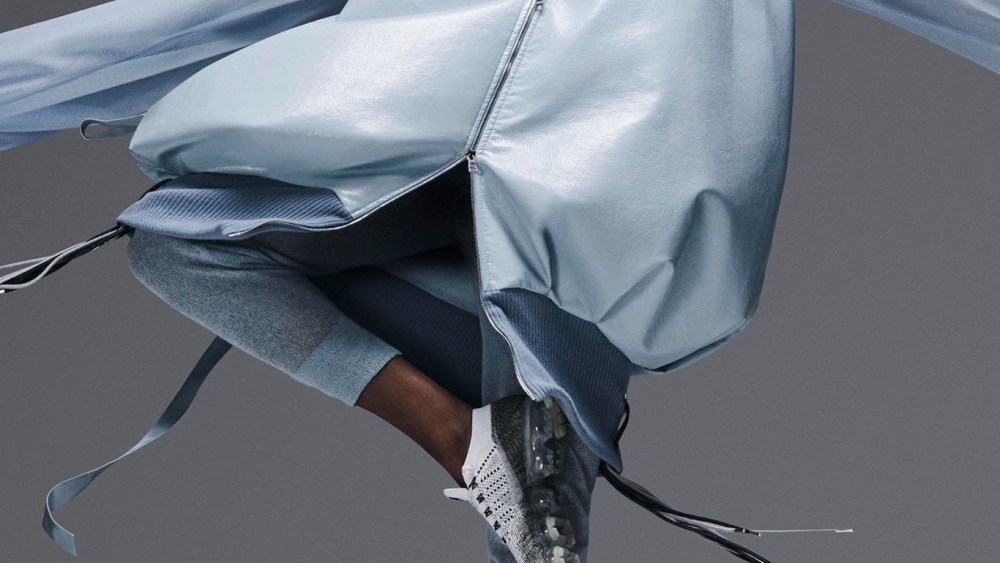 NikeLab is turning its attention to up-and-coming designers.

The brand tasked Stavros Karelis, the founder of Machine-A, a boutique in London, with selecting five new designers to create looks based on the Air VaporMax sneaker, a new style that will be released on March 26, which is Air Max Day.

He chose Azar Rajabi, a Canadian designer who has interned for Damir Doma and Prabal Gurung; Shizhe He, a Chinese designer based in New York, and Central Saint Martins graduates Liam Johnson, Paula Canovas and Wanbing Huang.

Each of these designers used the VaporMax as a starting point for their creations.

Shizhe He utilized plastic packaging film that’s typically used to protect furniture during transit to build a dress. Rajabi used pearlized Neoprene mesh and texturized vinyl for her hooded creation. Johnson played with buoyancy and lightness for his abstract piece that’s meant to mimic clouds. Canovas worked with nylons and knots. Huang built a headpiece and full-length bodysuit inspired by the woven Flyknits.