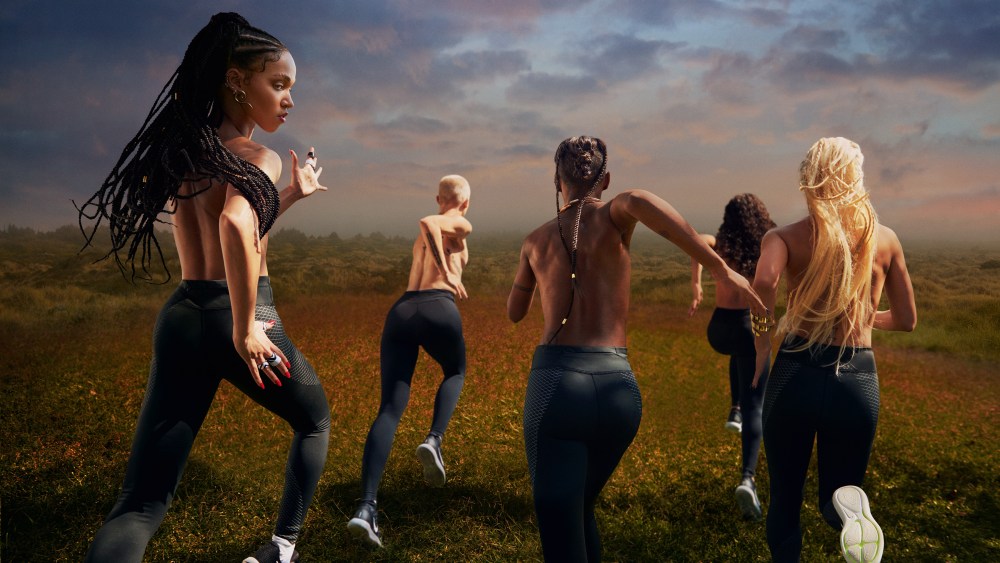 Nike has a new famous face to promote its newest tights. FKA Twigs is the brand’s latest ambassador, the singer and dancer selected to launch the Nike Women Zonal Strength Tights.

She was given more creative latitude than the typical celebrity spokesperson. In addition to appearing in the ad campaign, Twigs developed the creative concept, cast, directed and performed. She cast 12 athletes, including karate champion Jay Kirton, dancer Saskia Horton, Olympic fencer Miles Chamley-Watson and Olympic track-and-field star English Garner for a shoot and accompanying video shot by David Uzochukwu in Mexico City. The mood is athletic-meets-tribal. As for the tights, their claim to fame is compression, designed to reduce muscle vibration on the core, glutes, quads and hamstrings. The tights will be available on Thursday.