A Five-Story Party at Nike SoHo

Victor Cruz, Ashton Eaton and Sanya Richards-Ross come out for the new Nike store in SoHo. 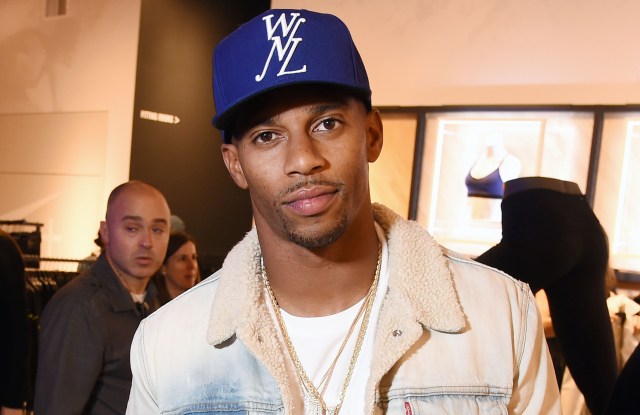 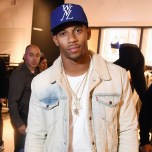 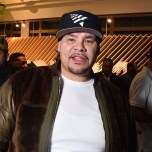 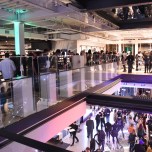 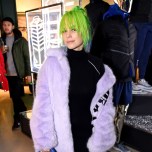 Was scheduling a store party the day after the presidential election a good idea? It didn’t stop droves of sneaker and sport die-hards from turning out to fill the five-story behemoth of a new Nike store in SoHo Wednesday evening. The place was pretty packed and that’s saying something since it has 55,000 square feet to fill. It was a lot of ground to cover.

“I’ve only seen half of it,” said Tinker Hatfield, one of Nike’s most well-known sneaker designers, hanging out somewhere on the third floor. But he liked what he saw so far. “It’s the best reflection of Nike and our culture that I’ve seen yet,” he said. “The architecture is kind of secondary to the product and the way we want to present our storytelling. It’s quite different from [Niketown] on 57th Street. The architecture is heavy and kind of gets in the way.”

Men’s wear designer John Elliot, who was just in from Los Angeles, was also working his way up the escalators. “I’m walking through right now. I’m on the second-and-a-half floor and it’s sensory overload,” said Elliott, whose design collaboration with LeBron James will be adding to the experience. Elliot’s new LeBron Soldier X sneaker will be exclusive to the SoHo store beginning Nov. 10 when it opens to the public.

The place was so big, it was hard to spot the VIPs, including Nike athletes such as Victor Cruz, Ashton Eaton, Sanya Richards-Ross, Eugenie Bouchard, Matt Harvey and Vashti Cunningham, and fashion/art people like Tom Sachs, Shayne Oliver, Chanel Iman and Theophilus London.