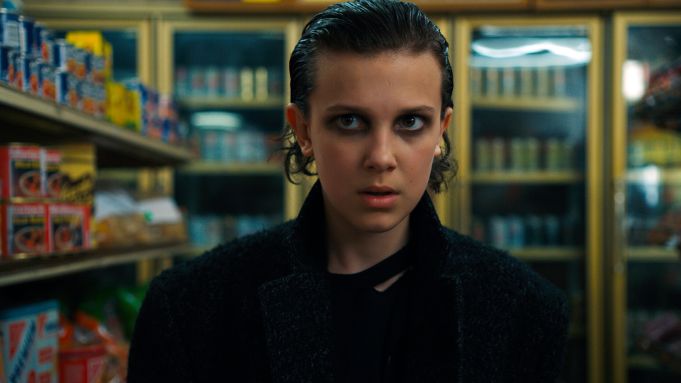 Nike Inc. is going back to the Eighties for its latest capsule collection.

The footwear brand is teaming with Netflix’s “Stranger Things” for a line of sneakers and apparel that gives a nod to many elements from the hit show, which is returning for its third season on July 4.

Releasing the look book today, the Nike collection takes inspiration from Hawkins High — the school attended by many of the show’s characters — featuring sneakers, sweaters, T-shirts and hats in the school’s green and orange color scheme and its tiger mascot.

Since it first aired in 2016, “Stranger Things” has been credited with spurring Eighties’ nostalgia and a revival of many elements from the decade in fashion and music. The upcoming season will likely continue this, taking place in the summer of 1985 as the show’s young cast is getting ready to start high school.

The collection includes reimagined styles of Nike’s classic Cortez, Blazer and Tailwind sneakers. The pieces will launch on June 27, with a second drop slated for July 1 with additional pieces, including red, white and blue versions of the sneakers. Prices have not yet been confirmed for the collection.

This is also the second collection to release this year with a theme tied to the show. Last month, the show teamed with H&M for a capsule including summer pieces like swimwear, sun visors, sunglasses and pool shoes, among other apparel, featuring the show’s logo.

Click the above gallery to see all the looks from the collection.