PARIS MATCH: Edwin Bodson has been recruited by Nina Ricci to become its new general manager, WWD has learned.

According to sources, Bodson, most recently global commercial director at JW Anderson in London, is poised to join the Puig-owned fashion and beauty brand in the coming months. Other particulars could not immediately be learned.

It is understood he will succeed Charlotte Tasset, who exited Nina Ricci last September. The Paris house is also without an artistic director following the exit last January of Rushemy Botter and Lisi Herrebrugh, the design duo behind the Botter label.

PARTY ON HIGH: Michael Kors aimed high Thursday night for its collaboration launch party with Ellesse. The brands merged the MK and Ellesse logos for a 24-piece capsule collection, which was worn by many attendees during the kickoff event at Bar SixtyFive at Rainbow Room. Guests including Amelia Gray Hamlin, Priah Ferguson, Wolftyla, Batsheva Hay, Ezra J. William, Jessica Wang and James Turlington rode the elevator to the 65th floor, where they were rewarded with stunning views of Manhattan. A step-and-repeat was backed by views of Central Park (and Billionaire’s Row).

Outside on the terrace, campaign face and event host Emily Ratajkowski joined the crowd partaking in the prime selfie opportunities.

Brooklyn rapper Jay Critch, who appears in and lent a musical track for the campaign video, arrived just before sunset, wearing a track jacket from the collection.

“My agency Next Models linked me up with the project, shout-out to them,” Critch said. “It was great to see myself in the campaign because it’s the first one I’m a part of and I think everything fit perfectly, and it means a lot to have my song be the soundtrack to the release.”

New fans are in luck: Critch is headed back to the studio to release more music soon.

“Right now, I am working on my next project dropping this summer, so I’ve been locked in putting it together,” he said, adding, “This one is going to be different.” — KRISTEN TAUER 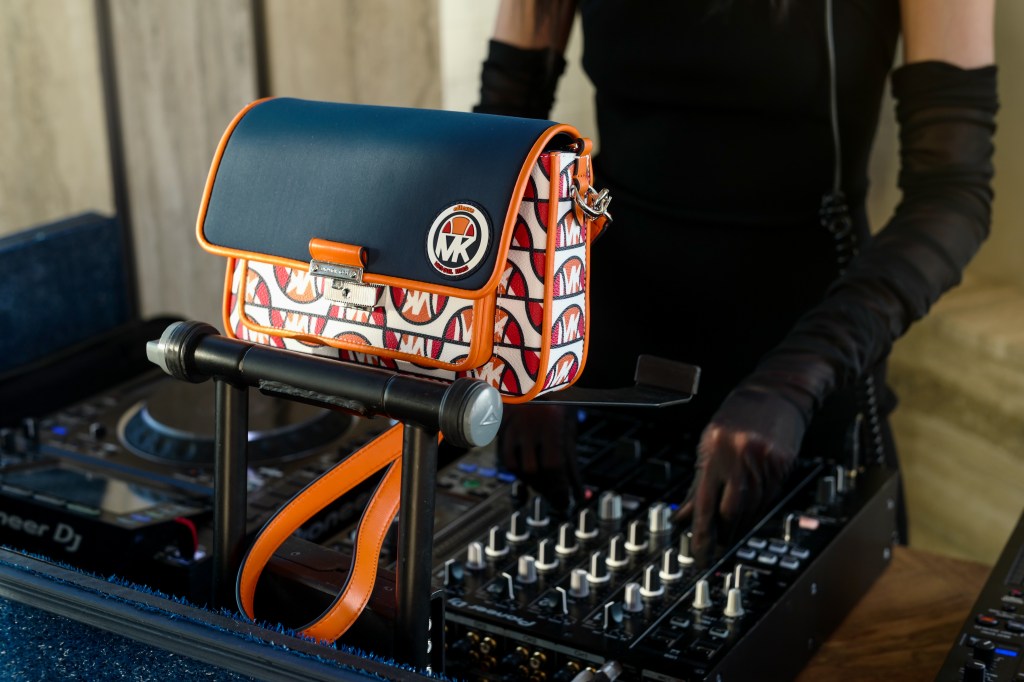 EXPANSION MODE: Snipes is expanding its leadership team in the U.S.

Foster joins Snipes from Epic Records, where he most recently served as vice president of marketing and led digital and traditional marketing campaigns for artists including Travis Scott, Rick Ross, Giveon and 21 Savage, who had a viral-led digital activation that helped propel his album “I Am > I Was” (pronounced I Am Greater Than I Was) to number one on the Billboard Hot 100 chart. Prior to Epic, he worked at Warner Media, helped reignite the Sean John brand at Combs Enterprises and joined Exposure, where he put together award-winning campaigns for Adidas, Uniqlo and New Era, among other brands.

At Snipes, Foster will oversee marketing, community impact, creative innovation and the brand’s social media initiatives, and will be responsible for executing and developing creative marketing strategies. He will report to Snipes’ U.S. president Jim Bojko.

“Foster will be a critical element of our growing executive team, driving creative strategies that truly connect with our loyal consumer base and support, empower and celebrate our communities,” said Bojko in a statement. “Foster’s background and proven track record in music and entertainment, coupled with his keen understanding of sneaker and streetwear culture will make him an integral part of shaping the future of Snipes as we continue to innovate.”

Snipes has been ramping up its operations in the U.S. since 2020, when the company took its 2.0 concept to Barclays Center in Brooklyn.

The retailer doubled down on Brooklyn the following year, opening a storefront in the Crown Heights neighborhood with a museum dedicated to the Nike Dunk, a big push for Nike in the last year and going forward.

NEW OFFICE: IMG Focus, the New York-based full service creative and event production agency, has launched in the Asia-Pacific region with a regional office in Sydney.

The expansion will be overseen by Dominic Kaffka, senior vice president and managing director at IMG Focus, and will be led locally by Bianca Levy, director of production at IMG Focus.

As reported, in 2018, IMG formalized the development of Focus to bring original events and bespoke brand experiences to life. Earlier, Focus produced events for limited clients with its own properties, and now works with external clients as well to execute their visions. Focus  offers clients access to leading fashion events, venues, models and talent, along with the creative network of Endeavor, IMG’s parent company, and specializes in planning and executing fashion shows and events, as well as consulting and creative direction. — LISA LOCKWOOD