The creative platform for new art, fashion and music hosted an event this weekend. 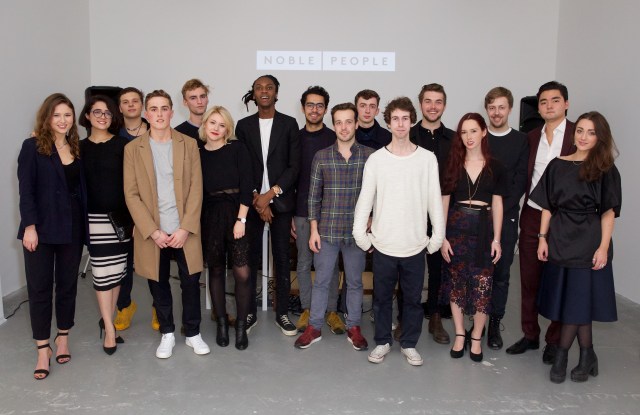 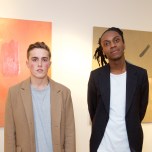 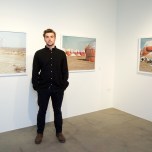 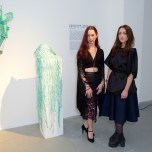 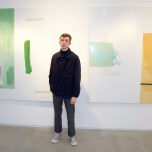 NOBLE CAUSE: Noble People, a creative platform for emerging talent, has launched in London.

Its cofounders and creative directors Axel Lagerborg and Nnamdi Obiekwe hosted a two-day showcase at a gallery space on 12 Greek Street in SoHo over the weekend featuring art, photography and installations created by up-and-coming talent.

The platform aims to bring together emerging artists in design, music, fashion and technology. The plan is to collaborate with like-minded companies and artists, and host future exhibitions giving as much exposure as possible.

“We describe ourselves as a concept label, and Noble People aims to place itself at the forefront when it comes to using various types of creative disciplines to complement one another,” Obiekwe told WWD.

“It is clear that music and art often inspire fashion, and the reverse is increasingly prevalent,” he continued. “We therefore set out for interdisciplinary collaboration, which requires different subjects and art forms to come together, reimagining conventional artistic partnerships. While still continuing to celebrate individual talents, we think it is the different mindsets working on a project that inspires wonderful results.”

Fernandez, a Central Saint Martins student, teamed with Chelsea College of Art and Design student Fletcher on a piece titled, “Patina.” It mixes classic macramé techniques with the 21-year-olds’ work with fabric.

“The idea was to take two previous existing projects and find a way of merging them, so they contrast then juxtapose at the same time,” said Fernandez.

Ted Targett, who designed one-off tote bags at the event, is a 20-year-old Wimbledon College of Arts student who has shown his works at a number of exhibitions and collaborated with artists from the Royal Academy. A painter, Targett uses contrasting, textured shapes, mixing them with acrylic appliqués and spray-paint into sketch-like doodles.

On display, as well, were photographs by 21-year-old Joseph Reddy, who is a London College of Communication student. His landscape photography has already been featured at the Royal Academy of Art, Turner Gallery and Le Dame Art Gallery in London.